I’ve been meaning to write a post about Hampton Court Palace for ages, but when I sat down to do it I realised I had sooooooo much stuff. So I’m doing two posts.

You may be expecting me to do one on the Tudor side of the palace and another on the Georgian side, but I visited with my husband, the king of going backwards through castles. We were haphazardly moving from Tudor chapel to Georgian throne room, so while I’ve tried to organise things, I didn’t really try all that hard. Soz. This is the bubble and squeak of history blogs. All kind of mashed together but you can pretty much tell what it is. This one’s mostly Tudor.

As we’d been at the BBC Good Food Festival first we kind of entered through the back of the palace. A lot of other people did this too. It’s ok, but you kind of lose the flow you get if you enter through the front and start with Henry VIII’s reign of chopping.

Not to worry, I dragged by husband through as much as I could, because he’s always a force of great resistance when I try and do something educational or historical. Until I actually get him there, that is, and then he’s off taking a million photos until even I’m bored of being there. We have a great talent for vaguely annoying each other for the greater good. The greater good being this blog. Look at the pretty pictures:

If you’re trying to force someone to learn the history of their adopted nation, I recommend that you try and make it interesting. Find something that your victim can relate to and really make them focus on that. Something like shitting. Here we wandered into the garderobe (toilet) just off the great hall and realised that Henry and his homies were totally down with the rules described in this blog.

It reads: “The orders devised by King’s Council for the garderobe, since to retain urine is hurtful to health” (remember that episode of The Simpsons where Grandpa’s kidneys explode because he wasn’t allowed to pee? The King’s Council fucking loved that episode).

“Item: no person shall make water or cast annoyance within the precinct of the court whereby corruption may breed” (from this point on I’m no longer shitting. I’m only ever casting annoyance).

“Item: being all alone to let it go, otherwise you must disguise the sound by coughing” (these people lived with rats in an era where washing was rare and hygiene was basically non-existant and even they are disgusted by the sound of your tinkling).

See? Now we’re all interested in history. For those who need an extra nudge I’ve got vibrantly spotted wildcats, winged dragons, lions and some sort of goat below. Make sure to chain that goat up, though. Would be a nightmare if that one got loose. 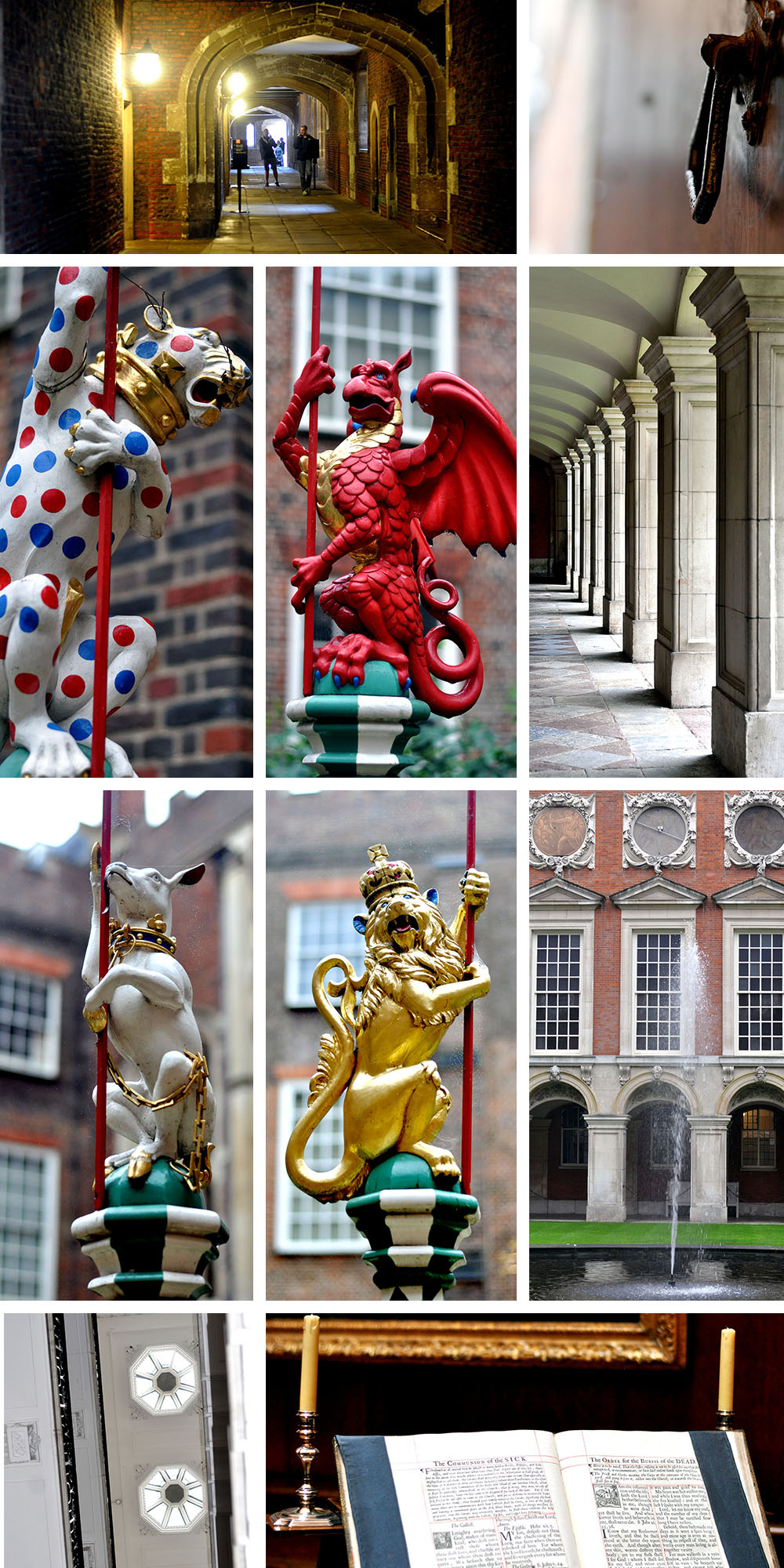 We also visited Henry’s Tudor kitchens, filled with actors in floppy hats and many a fake pie. I wonder how many likes I can get on Instagram with one of these inedible pastry impersonators? I am gonna find out and then I’m gonna jot the number down in a little notebook where archaeologists will find it in many years time and ponder what it could possibly mean.

The enigma of the pie number it shall be called (not to be confused with the pi number) and no one will quite have a satisfactory explanation so they will be forced to make posters with colourful theories to decorate toilet walls being read by futuristic ladies dragging their non-interested men-folk through my bathroom. I’m all about posterity.

Now for the foodie portion of this blog:

There were also some carriages parked out front and there’s little I like more than looking hot in a new set of wheels. Actually, there’s plenty I like more, but those things weren’t there and gilded carriages were so I just went with the gilded carriages. Also featured: castle back drops and chimneys. Lot’s of chimneys. Hampton Court Palace just hasn’t kicked the smoking habit.

I saw a man across the way with a tasty beverage.

I went over, introduced myself and asked to share. He wasn’t keen.

Our eyes locked. A connection was made. Sparks flew.

Passion took over. He still wouldn’t let me have the damned beverage. 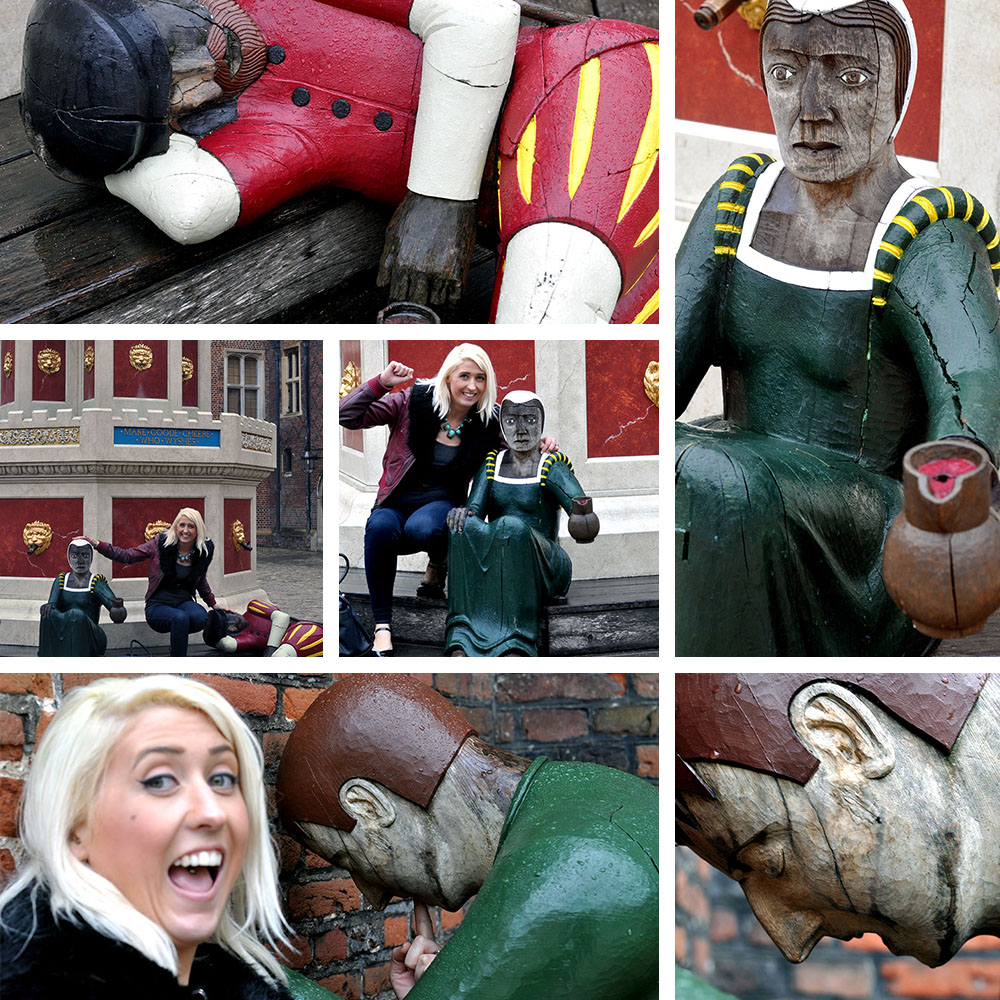 Some of my new drinking buddies. Fun fact about me: if you’re a little wooden and a little drunk and need someone to shove their fingers down your throat so you can hurl, I’m there for you. I’m a good friend. 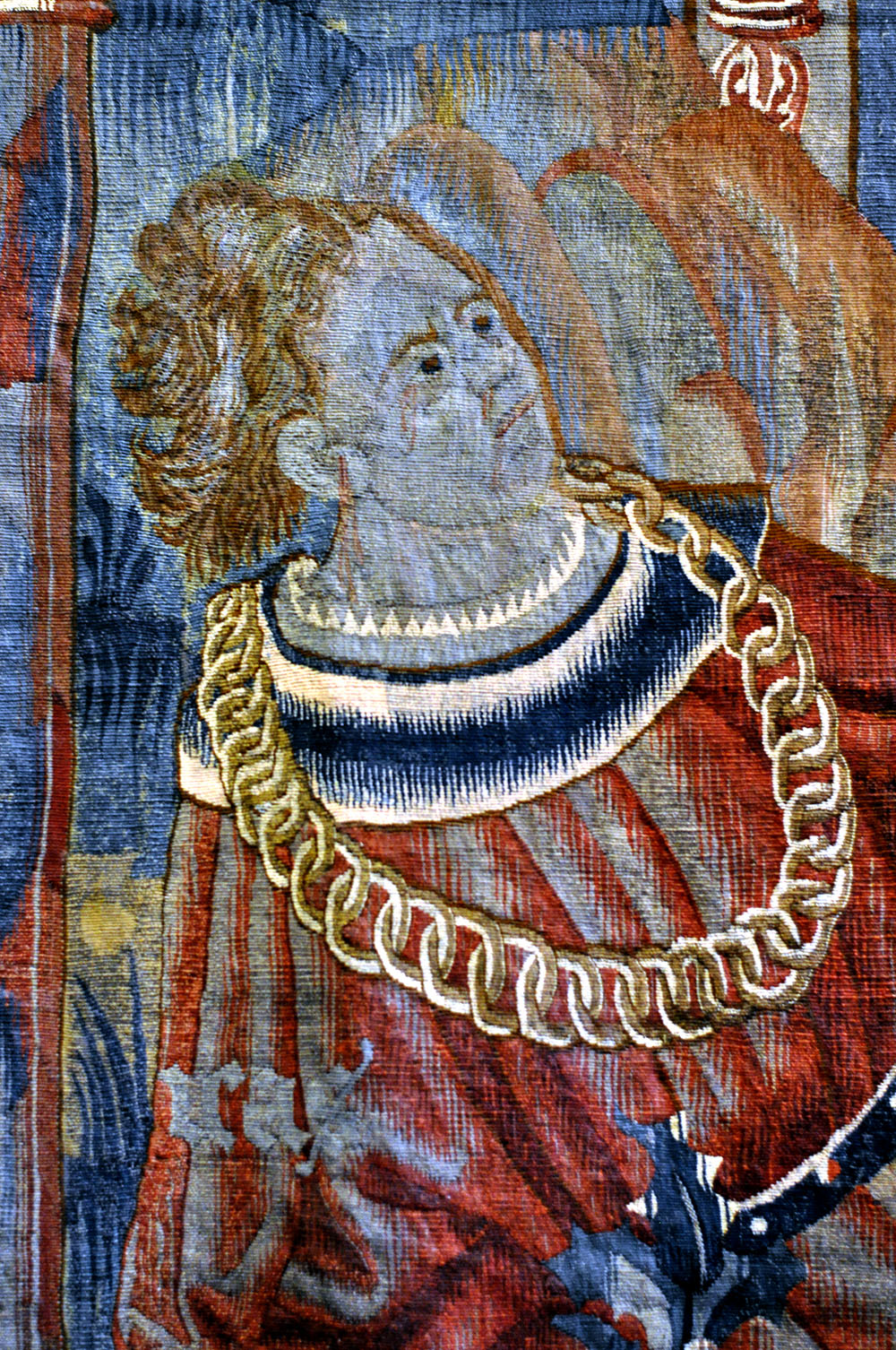 When you’re having a bad hair day but you’re hoping your massive gold chain will deflect all the attention.

When you give someone the gift of oven mitts and their squad is unimpressed. Also, no one tell her about the Pegasus thing you’ve pinned to her back. You joker, you.

Let’s end this with 16th century graffiti. I have such a soft spot for this stuff. Wait, is that a star of David turning into a cow? What the?