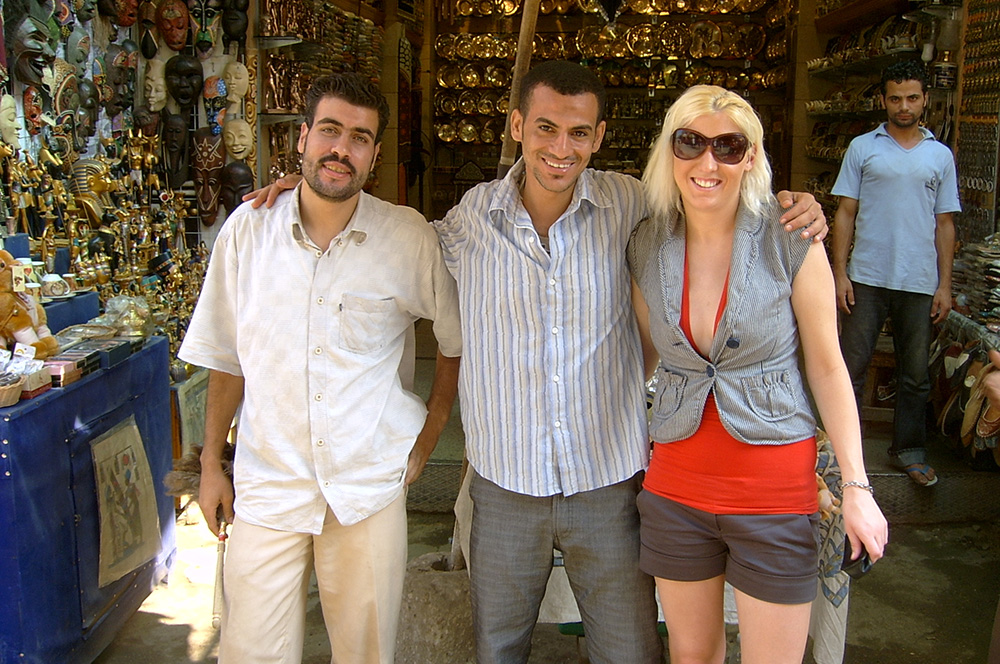 Some guys in the Cairo market place, trying to sell me stuff. Guy in background feels left out.

Travel link up time again, and this month the theme is “scent”. Funnily enough, travel is one of the only times I actually purchase perfume. Throughout my normal life, I try to avoid being sprayed in the face as I hurry through the Selfridges perfume section on my way to the food hall. Frankly, any product I can’t buy on the internet I find difficult. Obviously I could buy perfume on the internet, it’s just difficult if you don’t know exactly what you’re buying.

When you’re going on holiday, however, it’s easy to kill time by browsing through duty free and picking up a bottle of Coco Mademoiselle. People even bring back perfume gifts for me when they travel.

Obviously, if you go some place like Egypt they really try to sell you perfume in a big way. They’ll sneakily maneuver you into all manner of little shops, trying to flog carpets, papyruses and scented oils. And so it was that my husband Mark and I found ourselves in a little perfume place with a sweaty salesman showcasing many little bottles of smelly oils. We could wear them as perfumes. We could massage them into each other. We could leave them sitting on the shelf in the bathroom for many years on end. They really were the must have item. 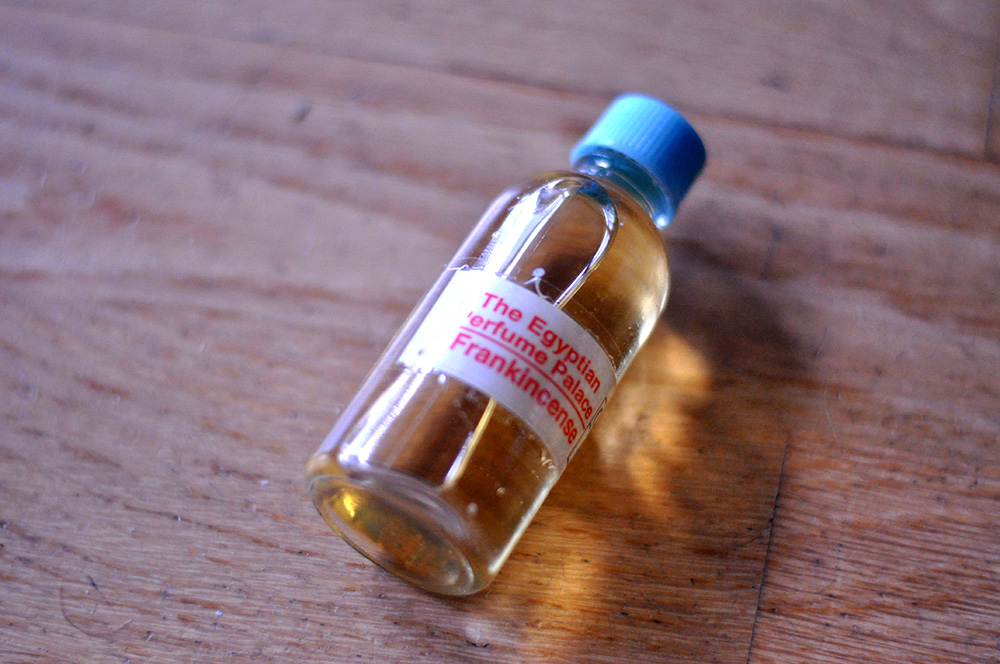 Pretty labeling was not a major concern for anyone involved

I’ll set the scene. Picture a catholic primary school in a large town / small city in New Zealand many, many years ago. It’s coming up  to Christmas and the children are excitedly performing the nativity play for their parents. Mark is making his much feted stage debut as one of the three wise men. He is the wise man who gives the frankincense (I see the light bulb exploding in your brain) and he has only one line; consisting of two words, “and frankincense”.  It’s not the kind of thing one could easily expect to fuck up, but our hero will find a way.

Costuming consisted of a non-threatening robe. Non-threatening in the sense that the robes weren’t “armed” they just had a couple of strategically placed slits in the front for your arms to poke through. As the children playing the wise men shuffled on stage they held their gifts for the Christ child tightly against their stomachs, underneath their robes, hidden from audience view.

“We bring you gold,” says the first child as he thrusts out his little pile of gold from his gown.

“and myrrh,” the myrrh-man shoves his myrrh towards Mary and the baby.

“and frankincense,” the triumphant finale of wise man gift giving has been spoke. Our hero attempts to bring forth his present but finds himself trapped in a material prison. His frankincense is still held by his belly, a funny shaped lump in his robe. He panics, he tries again but he can’t for the life of him find the slits in the costume. It becomes apparent to all that this kid has his costume on backwards and his slits are behind him. He does the only thing he can think of; he hoists the robe up as far as he can and passes the frankincense out underneath, around his knees.

Mary, a pretty young girl who our hero is madly in love with, is not at all impressed. She immediately begins an elaborate series of postpartum sighs and eyerolls as the show moves quickly along.

And that, folks, is why I have a little bottle of frankincense sitting on my bathroom shelf. That’s the kind of misadventure that you only risk happening once. From now on, whenever there is a frankincense emergency, the Winter household shall be prepared. We got this.

(I joined this link up via Emma’s blog. You can do the same if you write a travel post on “scent” by 7 April)