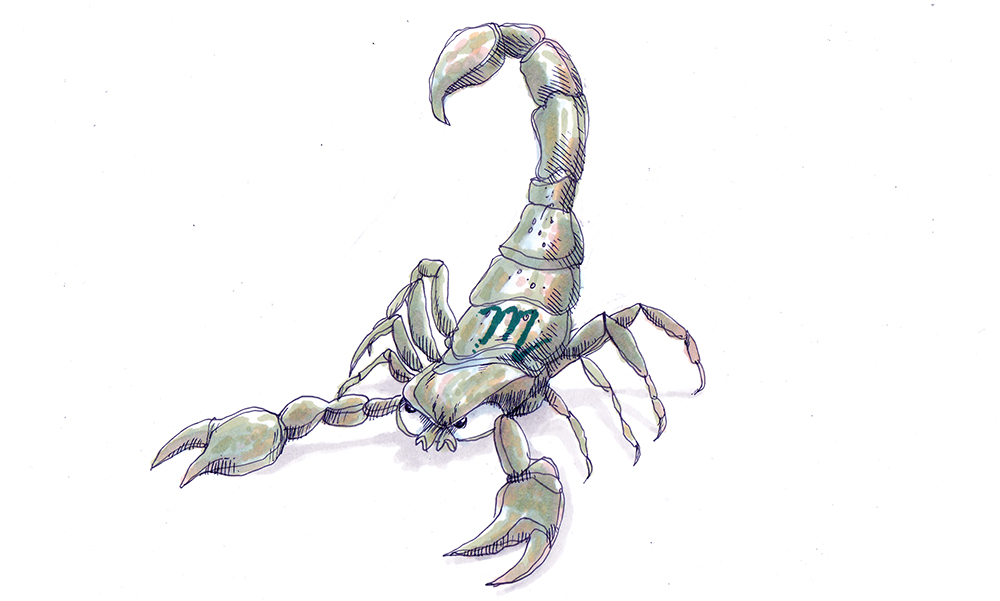 Aries
March 21 – April 19
You will attempt to earn some extra cash by shaving your hair and selling it. Buy earmuffs now, the colder months are coming.

Taurus
April 20 – May 20
The steak has hot sauce on it. There are two things you can’t handle. The truth is one. Hot sauce is the other.

Gemini
May 21 – June 21
Upon discovering an ultra close up photo of yourself you will despair that the two halves of your face aren’t particularly symmetrical, so you will take to wearing a Phantom of the Opera type mask over the half that displeases you the most.

Cancer
June 22 – July 22
You will throw a party on the beach. You will contract crabs. I mean, you would employ them full time, but crabs are free agents and will only sign on to short term contracts.

Leo
July 23 – August 22
You will single handedly try and bring ‘the tail’ into fashion. Your tail accessory of choice will be sleek with a fluffy poofy bit at the end. Don’t let anyone convince you that this isn’t a solid gold idea.

Virgo
August 23 – September 22
Your hymen will grow back. If you are a man, you will grow a hymen. On your face.

Libra
September 23 – October 22
You will attempt to introduce greater harmony into your life by drinking equal amounts of red wine and white wine.

Scorpio
October 23 – November 21
Bottoms are very much in fashion right now, and you have a sneaking suspicion that yours deserves more air time. You will pitch the idea of a new reality TV show based around the adventures of your derriere to one of the dodgier TV channels.

Sagittarius
November 22 – December 21
You will be targeted by a credit card fraud ring, but once they see the state of your finances they will shake in terror before setting up an anonymous donation page in your favour on the internet.

Capricorn
December 22 – January 19
You will fight an ungodly battle with the clothes moths, culminating in you camped out behind a stash of merino jumpers all night armed with a can of Raid and a cricket bat.

Pisces
February 19 – March 20
Serious regrets about not dressing up as a mermaid for Halloween are weighing you down. Many a night you will sit alone, watching TV wearing just your clam shells.