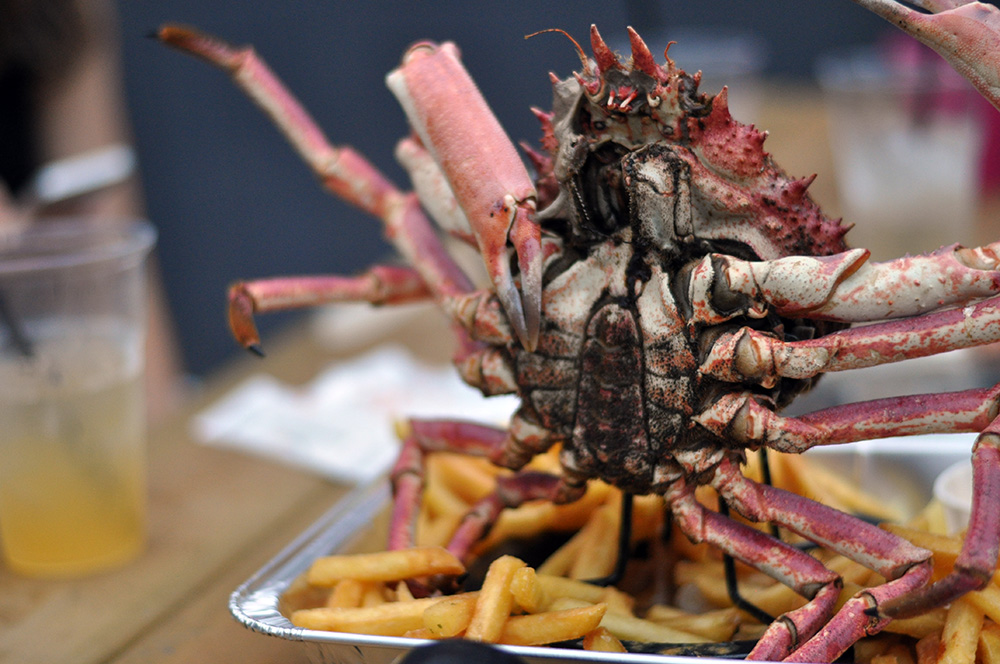 What will happen in July? It’s the big question on everyone’s lips. More specifically: Will it be all hot and melty? Will I survive? Will tyranny rule supreme? Will The Mayfairy ever return to blogging? Well, I think you know the answer to the last one by now, but you’ll have to tune in again for the next blog to find out why I disappeared for such a long time. Right now I’ve got fortune telling to do so I don’t have time to explain.

Aries
March 21 – April 19
You will make art by playing with your food. Which is hard to preserve because it’s food that’s already been cooked and served to you. You’ll probably piss off the chef, but do what you gotta do to save your art.

Taurus
April 20 – May 20
A Norse god will visit you in a dream and demands your help with pranking a Celtic god. This takes up a lot of your time over the next month, but at least you’ll be well rested with all that sleep.

Gemini
May 21 – June 21
You will catch a dancing plague. You will be a neighbourhood sensation and people will come from far and wide to see you shaking that thang. Unfortunately, by the time your platform-boots-with-live-goldfish-in-the-heel are actually delivered you will be cured.

Cancer
June 22 – July 22
You will be faced with a choice: grow and wear a massive (huuuuuge) moustache for a month, or use a pipe to smoke human hair (possibly previously discarded moustaches) for a month. Look, you’ll probably escape the cult before the month is up so your choice isn’t that important.

Leo
July 23 – August 22
You will use a big word in front of important people and feel rather swish about it. About 15 minutes after using the word, someone else will use the word. Except, they’ll use it correctly. You’ll realise your big, embarrassing error. Will people pick up on your mistake? Will you be dragged around town on a cart and ridiculed? Will this send you into a massive shame spiral that can only be resolved with dangerous alcoholism? Probably.

Virgo
August 23 – September 22
You will be hit by one of those big waves that knocks you over and pushes all the hair from the back of your head forward to the front of your head, making you look like a batman villain, or that guy who sometimes sits next to you on the bus. You feel a new kinsmanship with bus dude.

Libra
September 23 – October 22
You will learn another language. It’s a language you just made up an it relies heavily on jiggling, popping sounds and finger waggling rather than a heavy vocabulary, but you need something extra on your CV, so here we are.

Sagittarius
November 22 – December 21
You will get stuck in a glass jar. People will point and laugh and some will even mock you, but at least you have a really cool ship to play with in there.

Capricorn
December 22 – January 19
There is a small body of water. It’s bigger than a pond, but smaller than a lake or a sea or an ocean. Maybe it’s a small lake, I don’t know. I’m also not sure if it’s fresh water or salt water, my soothsaying isn’t real good with water divining of any kind. But there will be a body of water and it’s up to you to discover the monster living within it. Possibly something quite “normal” like a giant squid, possibly a feral creature from the bowels of hell that’s actually a conglomeration of chopped off penises from bad boyfriends of yesteryear that somehow came to life.

Aquarius
January 20 – February 18
You will try to curl your hair and it won’t turn out they way you think it will, but you’re stuck with it now because there’s only so much time in the morning. This is your signature look now. Wonky and hurried.

Pisces
February 19 – March 20
There’s an abandoned house not too far away. There’s a big bath of blood in there and someone has drawn pentagrams all over the place. In fact the whole thing has an air of devil worshiping goat sacrifice, but you go down there one day with the flag of Pisces and claim it as your own. Haha, fuck you housing crisis. You’re having the last laugh. You’ll be a homeowner! Well, until some devil worshiping Capricorns show up with their own goat and splatter your Instagram interiors with blood…