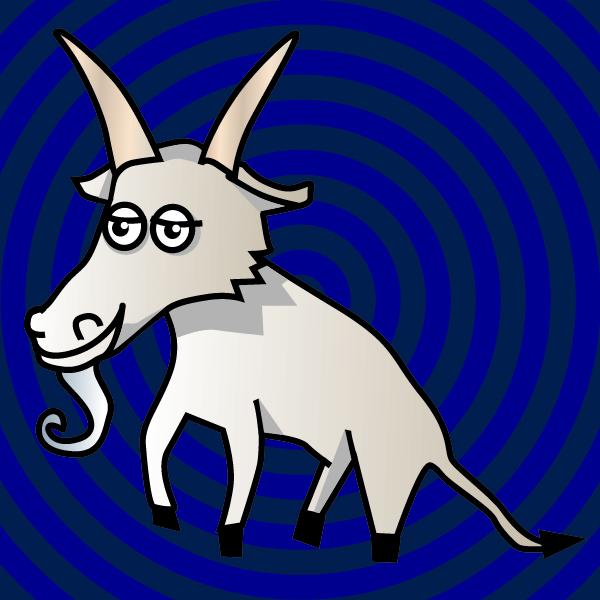 If you’re reading this then you’ve survived the curse of 2016. Which is a little bit like turning 28 and realising that you’re never going to be part of 27 Club. At first it’s all good because you are alive, ALIVE, aliiiiiiiiiive! Cause to celebrate! Until you realise this is because you weren’t one of the special, magical talented people that years like 2016 specialised in killing. Fuck it. It’s 2017 now. You’ve got a whole new kettle of fish to worry about. Firstly, worry about why you’re keeping fish in your kettle. That’s bound to spoil your tea.

Aries
March 21 – April 19
You will join a choir accidentally and sing badly. Dogs will join in.

Taurus
April 20 – May 20
A rat will chase you down the road. You’ll keep running. The fear will keep you going. You’ll eventually end up far away in a group of other inappropriately dressed joggers, but they are just people with new year’s resolutions. Use them to get the rat off your scent.

Gemini
May 21 – June 21
Someone will blackmail you, threatening to put naked photographs of you online and the stress will cause you to need time off work. Well, that’s what you tell work. In reality it’s just your mum threatening to put your baby pics on Facebook if her late Christmas present doesn’t show up soon, but your employer doesn’t need to know that. You’re not ready for the Christmas holiday to be over.

Cancer
June 22 – July 22
Someone will send you a dick pic. It will be surprising, but not shocking. That’s the best you can hope for with dick pics these days.

Leo
July 23 – August 22
You will look through an old pile of DVDs and find one that is not marked. Do you play it? If you do, it will either be the best thing you have ever seen or something so terrible no amount of mind bleach will ever be able to cure you of its terrible effects. Choose wisely.

Virgo
August 23 – September 22
A moustache will tickle your elbow. You will throw your elbow back in violent surprise and break the nose that sits just above the moustache. Oops.

Libra
September 23 – October 22
You will buy new underwear, but you’ll accidentally get the stuff with the butt pads. They will play “Bootylicious” every time you walk into the pub.

Scorpio
October 23 – November 21
Everyone loves your hair to the point where if you walk past fashionable cafes the talent scouts who have gathered inside to caffeinate will plot to put you in shampoo commercials.

Sagittarius
November 22 – December 21
You will refuse to remove all Christmas decorations from your house, your person etc. You will wear a crown of fairy lights and tinsel at least until Valentines. At that point the bells on your shoes will begin to annoy the fuck out of you.

Capricorn
December 22 – January 19
Your will start a double act with one of those black and white cats that looks like it’s wearing a tuxedo. You will wear a bow tie and not much else. There’s a really funny part when you sneeze, but I’m not here to tell you your business so I’ll let you work out the rest of the routine.

Aquarius
January 20 – February 18
You will enter into a deal with a fellow chocoholic two swap Twix for Bounty Bars in boxes of Celebrations. If this works out you will continue making such deals and never have to eat sub par chocolate again.

Pisces
February 19 – March 20
You will climb a statue and sit on its shoulders. You will be photographed just as you fall off said statue. It’s a really great photograph, if it’s any consolation.