It recently occurred to me that I use this blog to highlight the differences between the UK and New Zealand in a way that could be misconstrued as critical. Like this. But this isn’t fair of me. There are numerous things I love about the UK, London in particular, that I should definitely share on this blog.

I really like your dead people, for instance. And funnily enough, I’m not alone in this opinion. In England (and I assume elsewhere in the British Isles…) there is an abundance of overgrown, non-perpendicular, crumbly graveyards and they’re bloody fantastic. Like the graveyards you see in storybooks, or created by art directors with a sense of ‘The Secret Garden’ combined with Tim Burton. It isn’t like this elsewhere. In fact, I was chatting with one of my friends of French extraction the other day who commented that English graveyards are so nice to walk through. 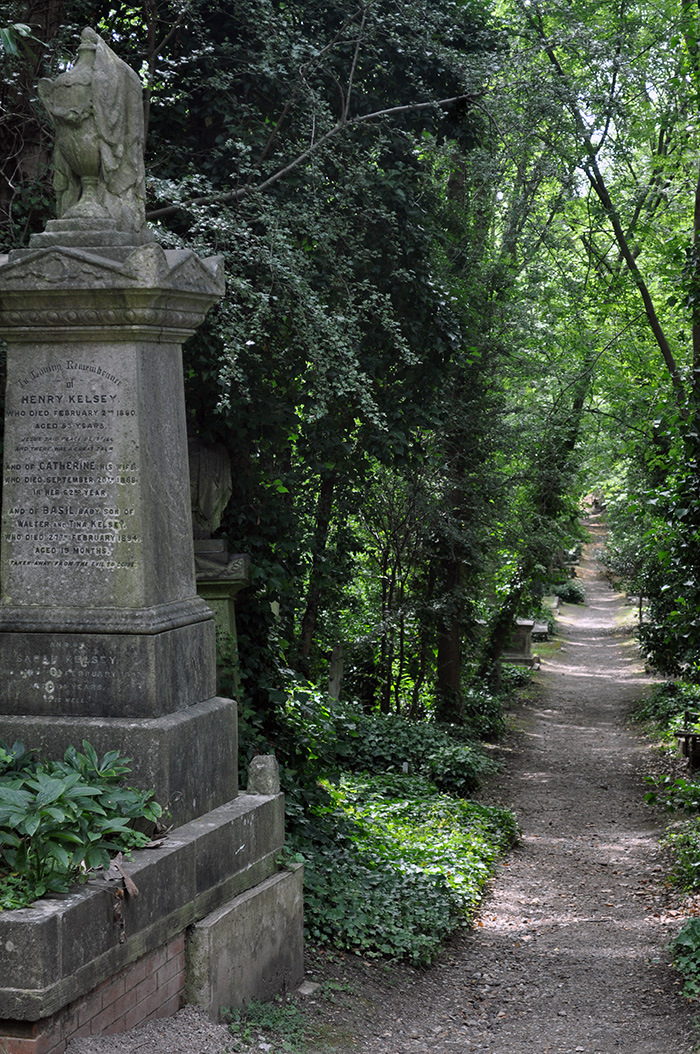 Apparently cemeteries in France are all straight lines and cut grass and squared off headstones at right angles. This is what they’re like in New Zealand. You wouldn’t just go for a walk through one on a whim. Now, I’m sure you have a few like that here. A few more modern ones. They are, if you’ll excuse the pun, soulless.

I always found it strange in a way to see photos of English weddings and christenings and everyone is gathered in a section of slanting gravestones. Churches in New Zealand just don’t surround themselves with the dead.

Anyway, I had heard that Highgate Cemetery is a good place to visit. There’s an East and a West Cemetery. The West side is the story you’re looking for, but their touring schedules didn’t fit in with my working-to-pay-the-rent schedule, so that’s still on the to do list. Let me whet your appetite for cemetery stalking with tales of the East side.

While the West is supposedly big and ornate and Victorian and ordered, the East is overrun with garden and crumbly bits and angular angels. The people interred in there range from well known, to infamous, to somewhat recognisable within a particular field, to nobody you would have ever heard of if you’re not a direct relative. They’re mixing it up.

It’s the kind of cemetery where your relatives can feel free to let their creative juices flow by giving their loved one an ornate or interesting headstone: 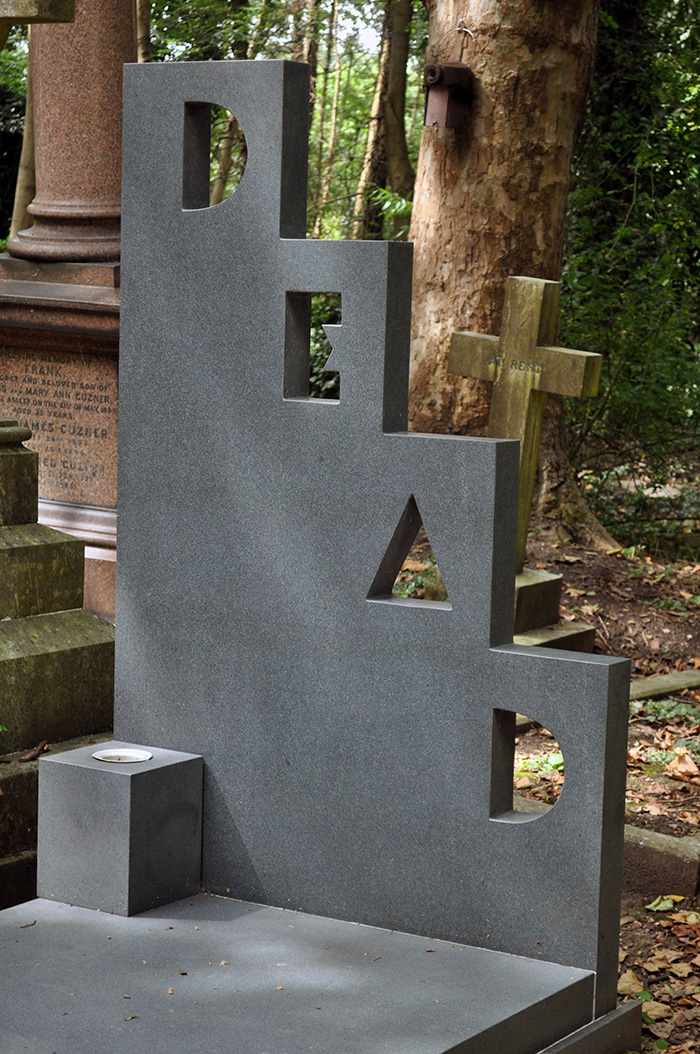 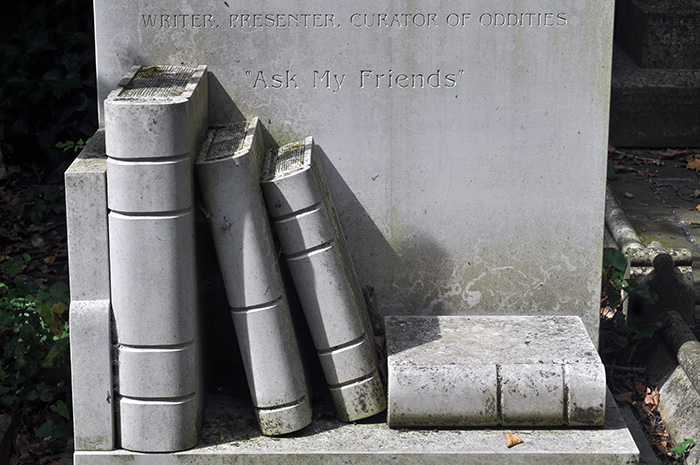 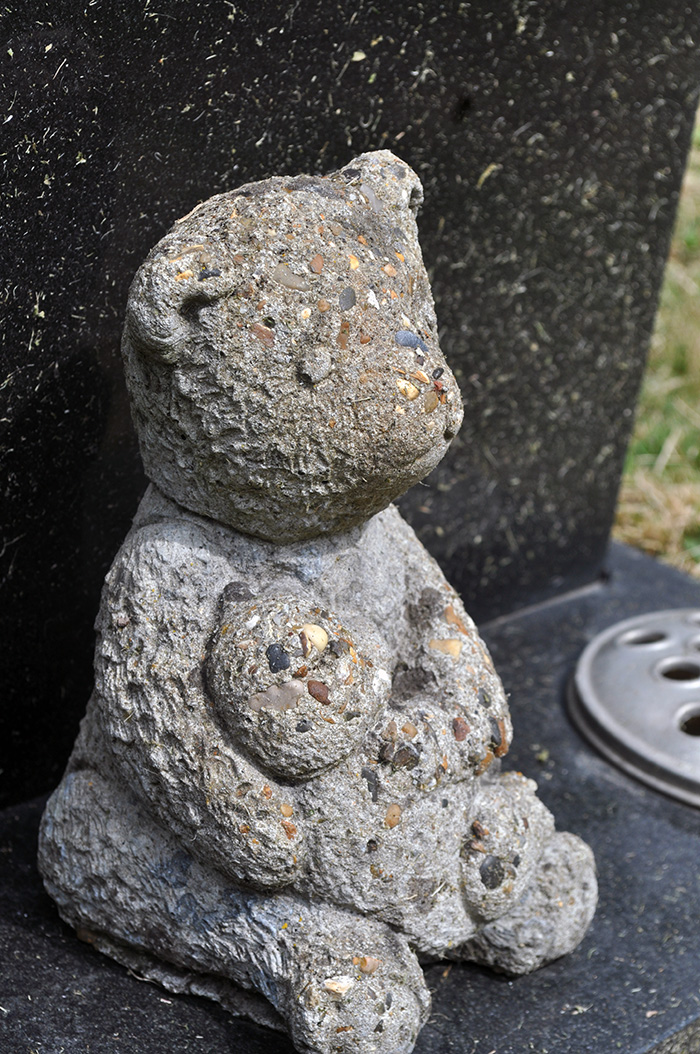 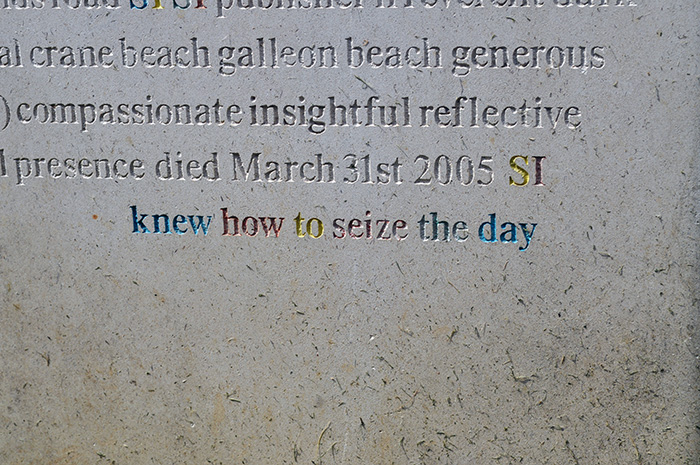 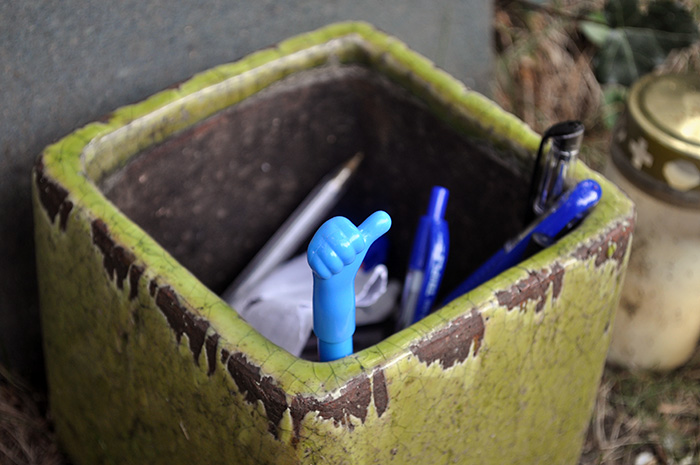 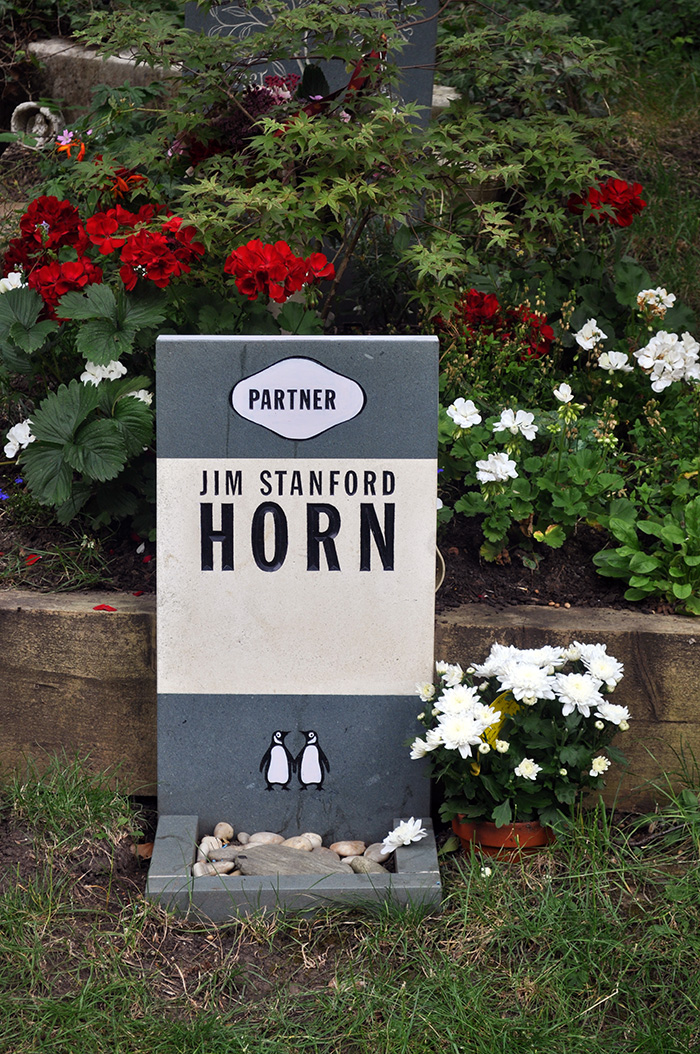 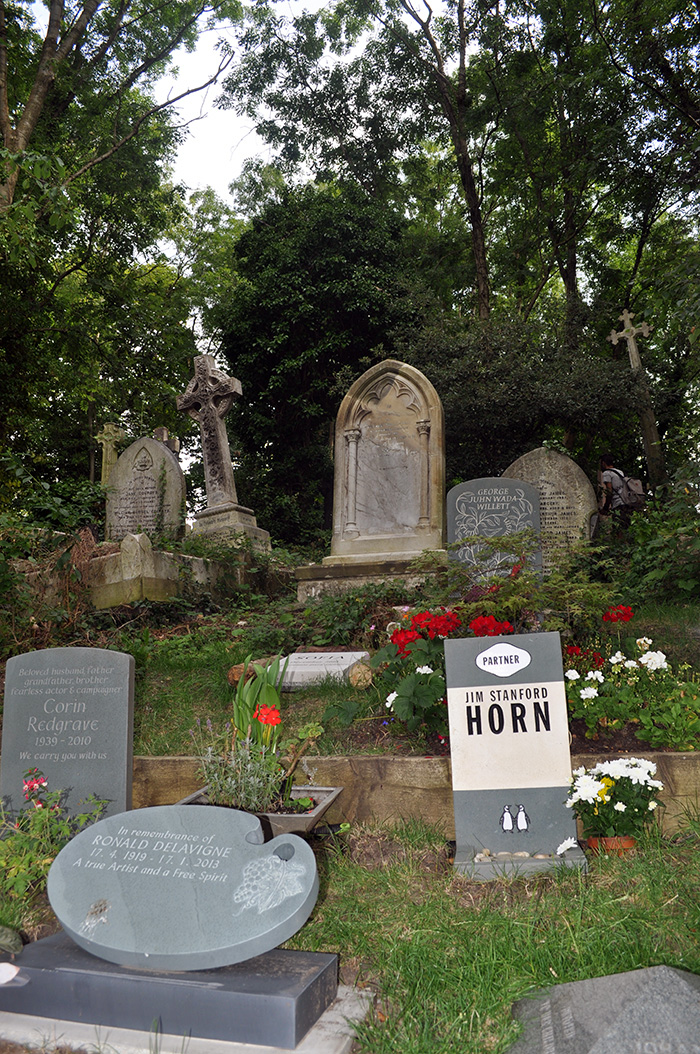 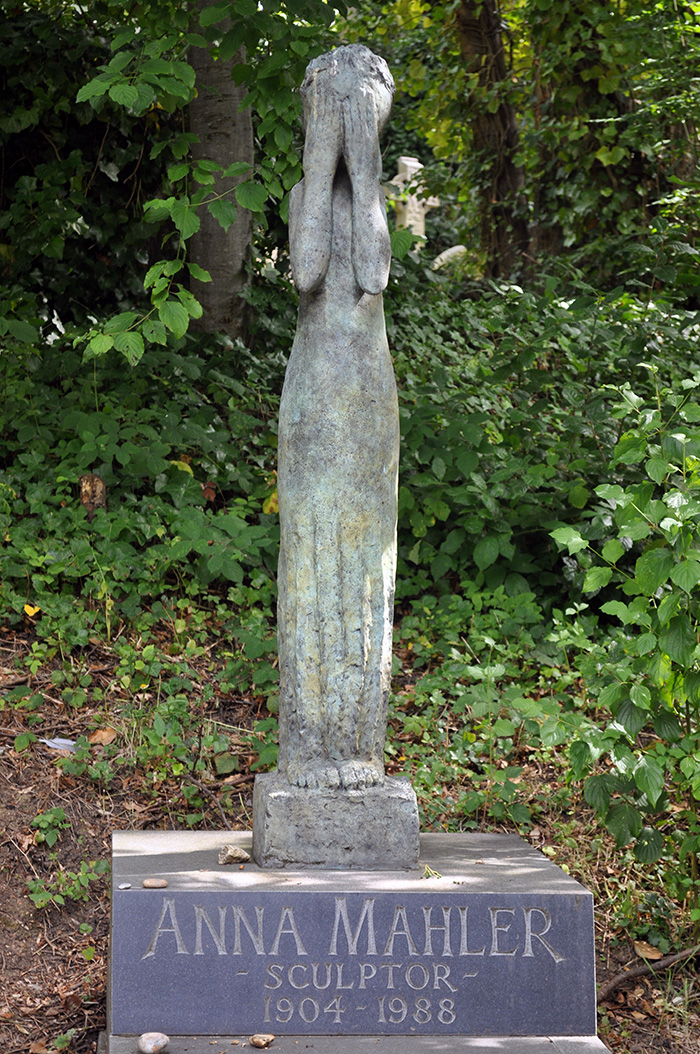 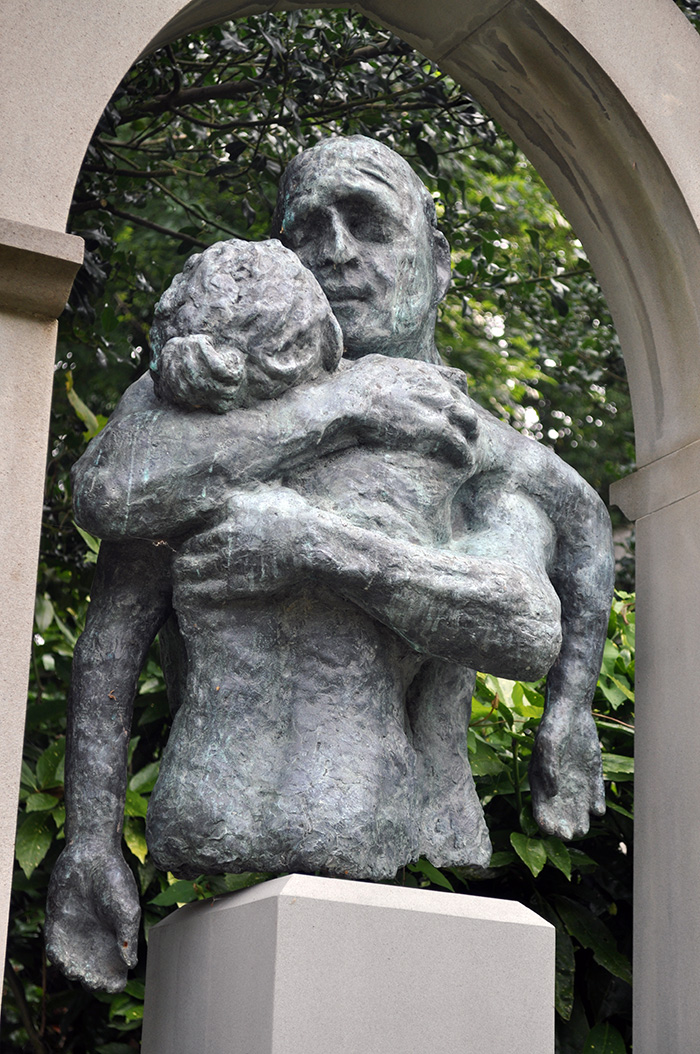 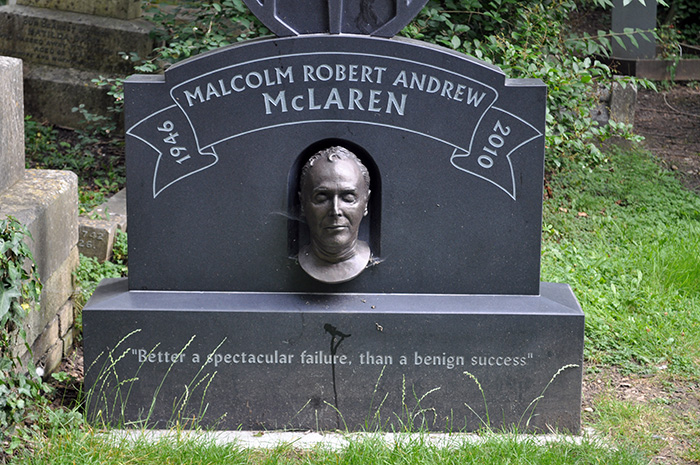 Or, if you’re after something classic that won’t go out of style, they’ll probably just opt for an angel. The old favourite: 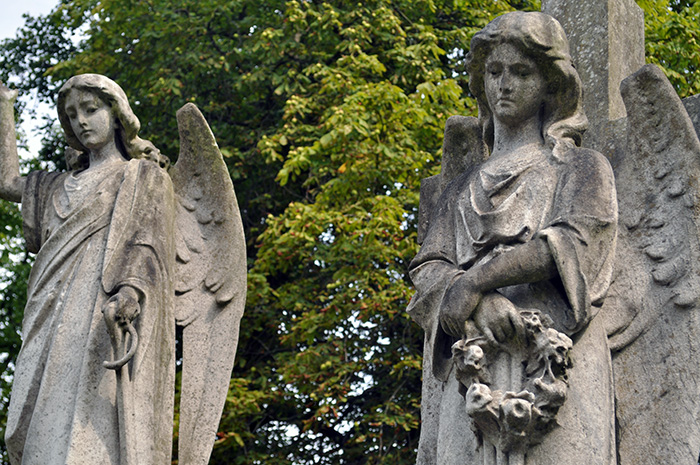 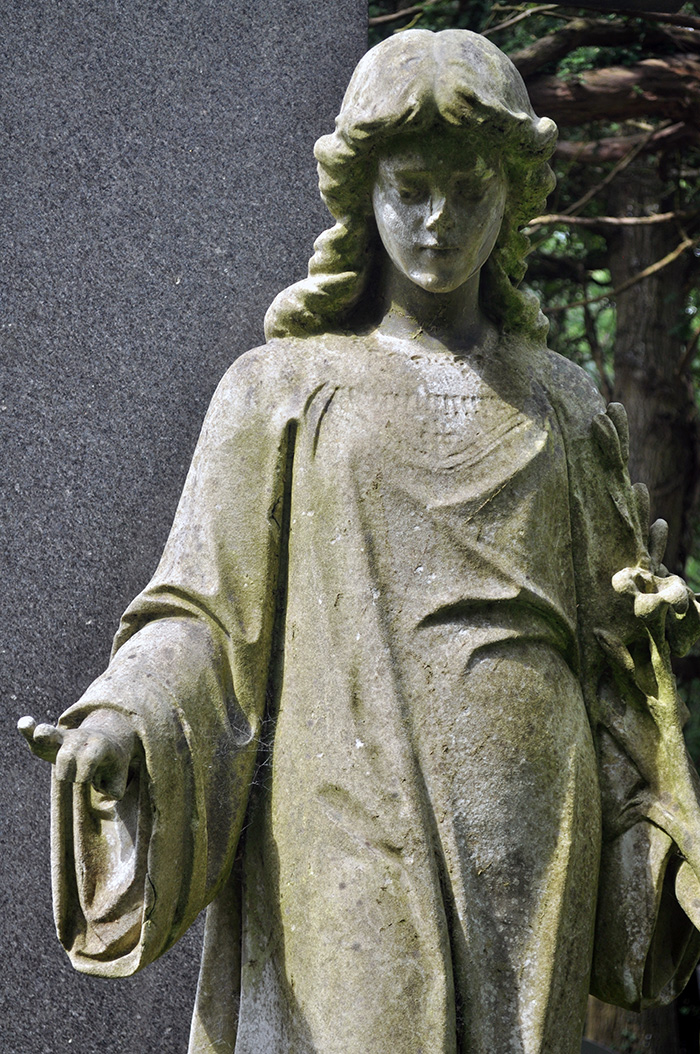 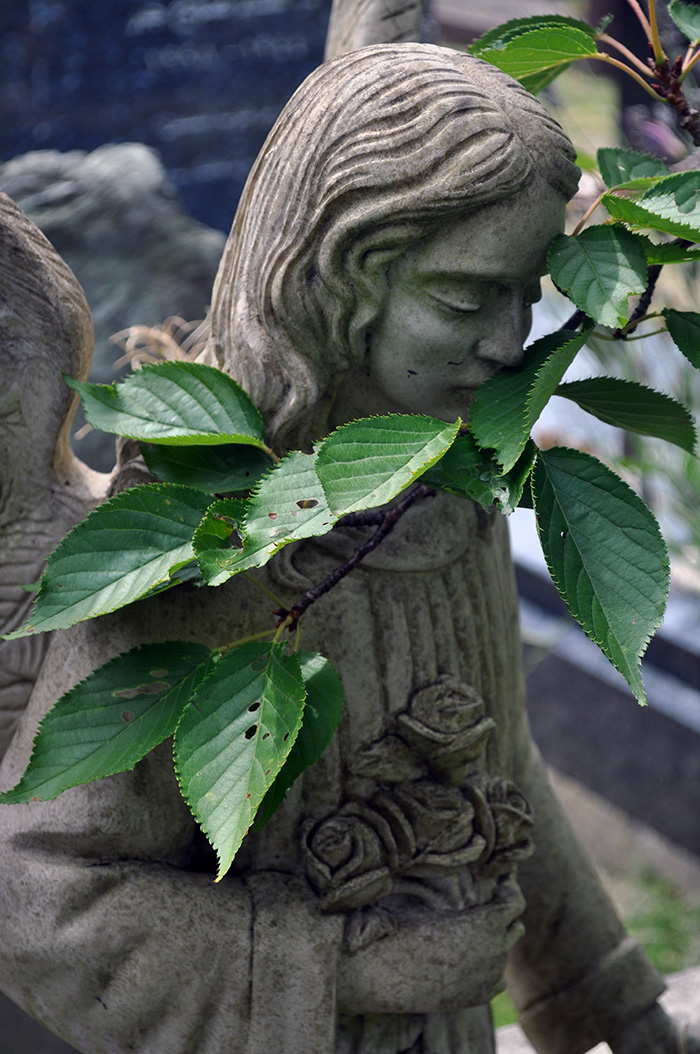 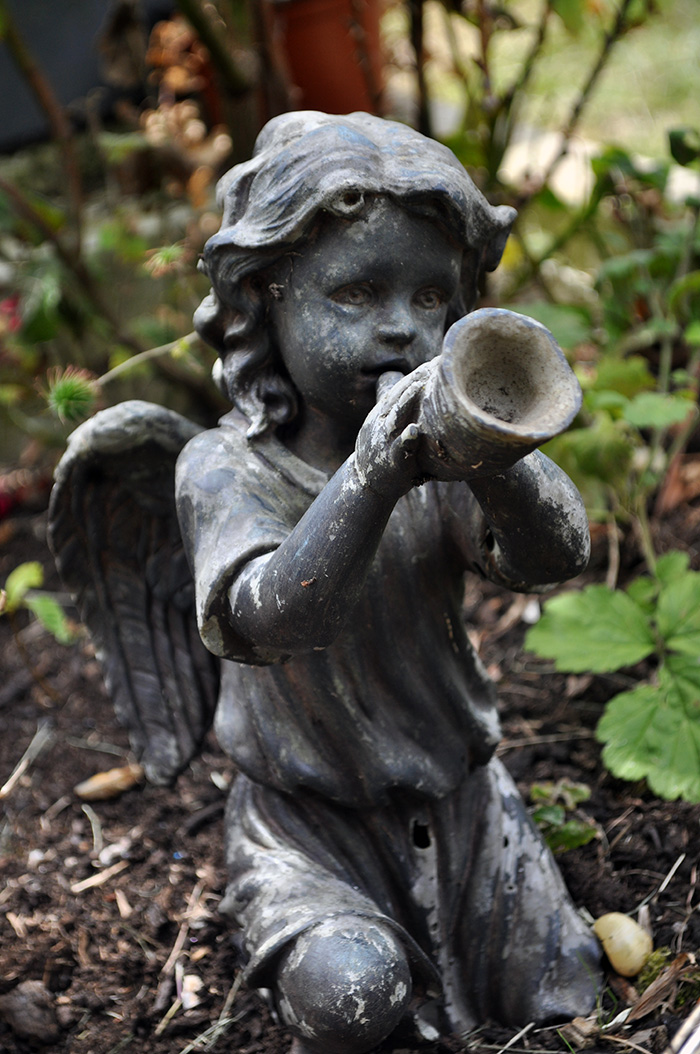 Of course, a lot of people head there to see the cemetery’s most famous resident: Karl Marx, father of socialism, and justifier of the £4 entrance fee. Haha. Anyway, it’s a pretty impressive monument. Large and beardy, like the man himself: 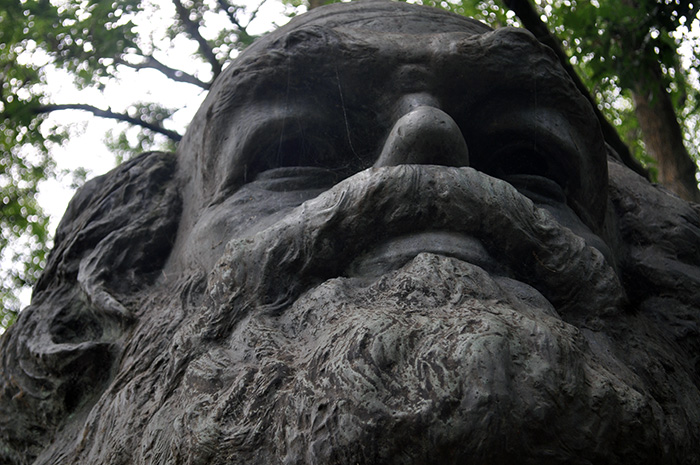 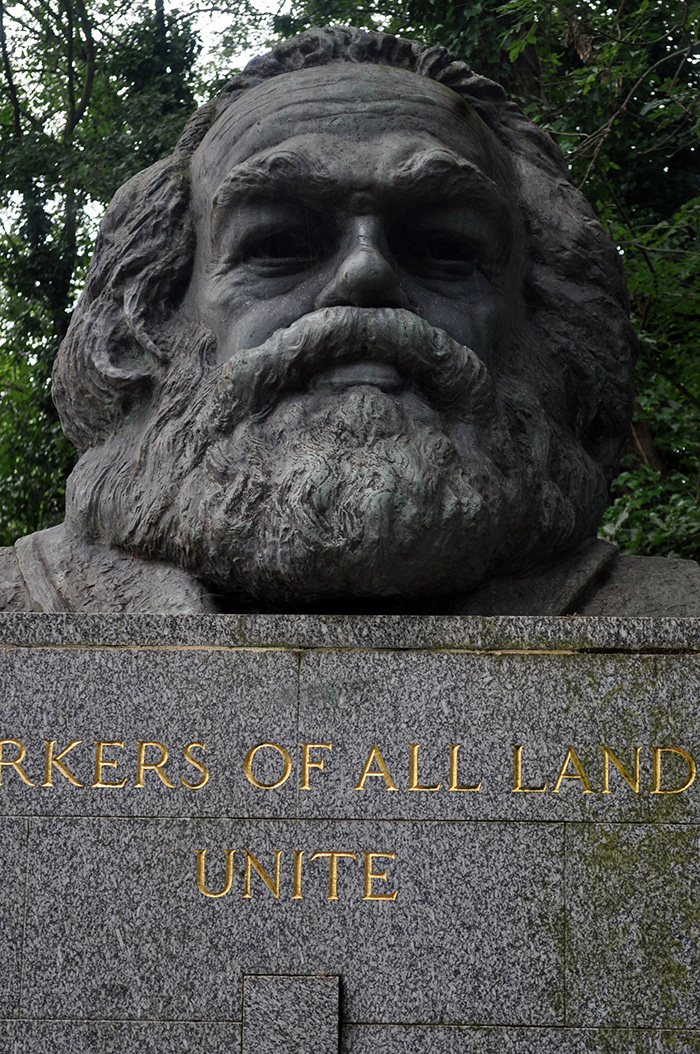 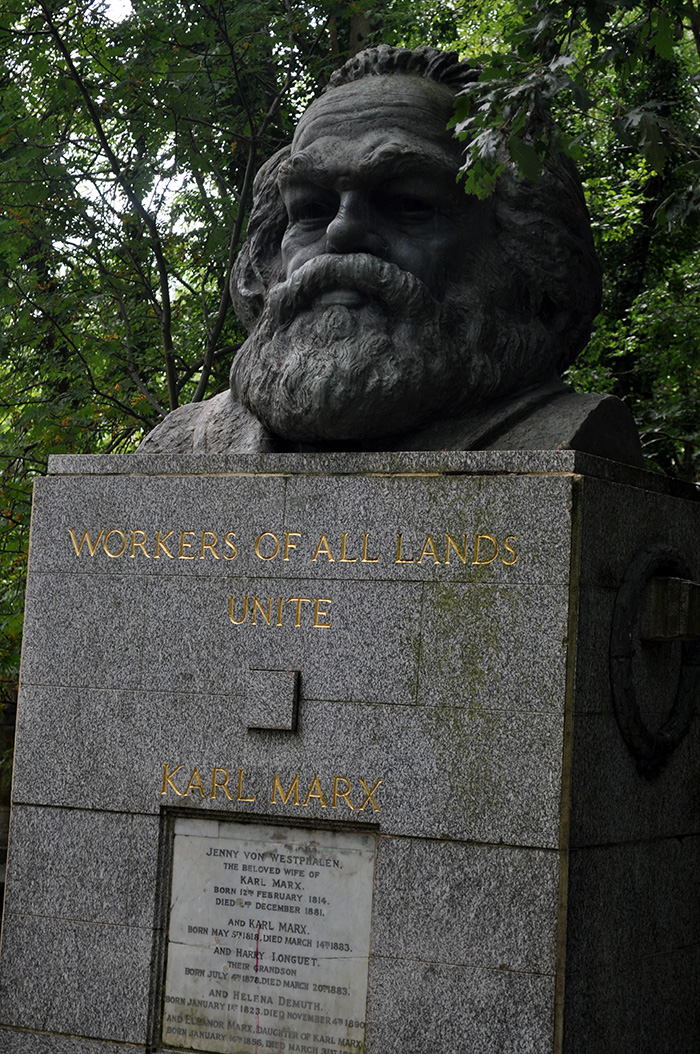 He’s now surrounded by a plethora of smaller grave markers, of people who died more recently who wish to be remembered as a ‘proud socialist’ and the best way to express this in death is to be buried in the general vicinity of Marx. Fair enough.

In addition, Jesus and the cross are also still favoured monuments for the dead  – including one that I’m not sure if it’s Jesus or a bearded lady… in fact I kind of like not knowing. It makes the whole thing more interesting. 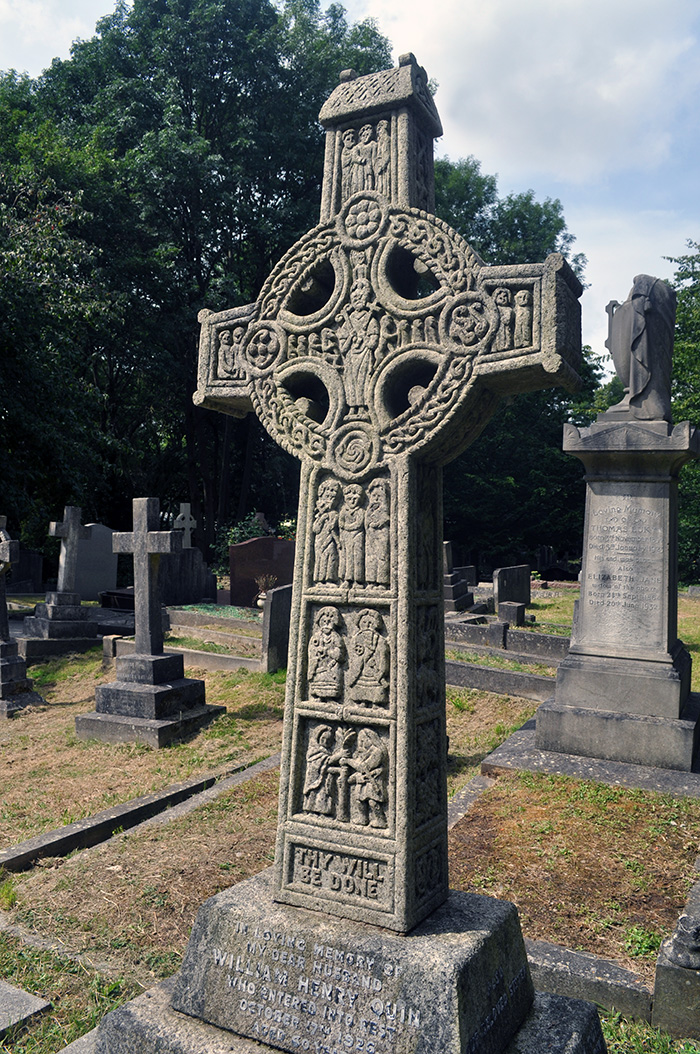 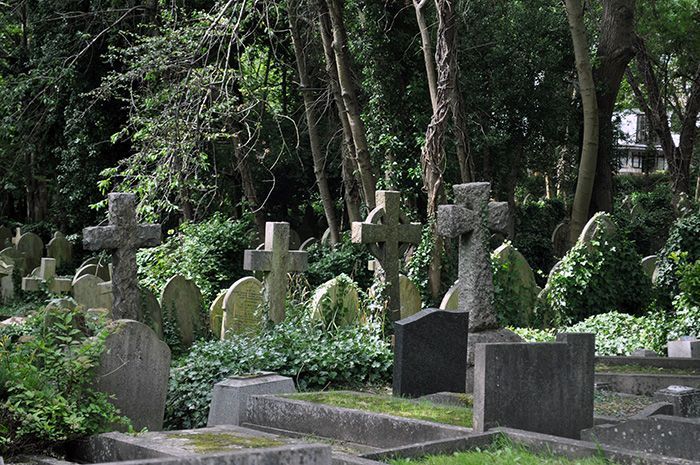 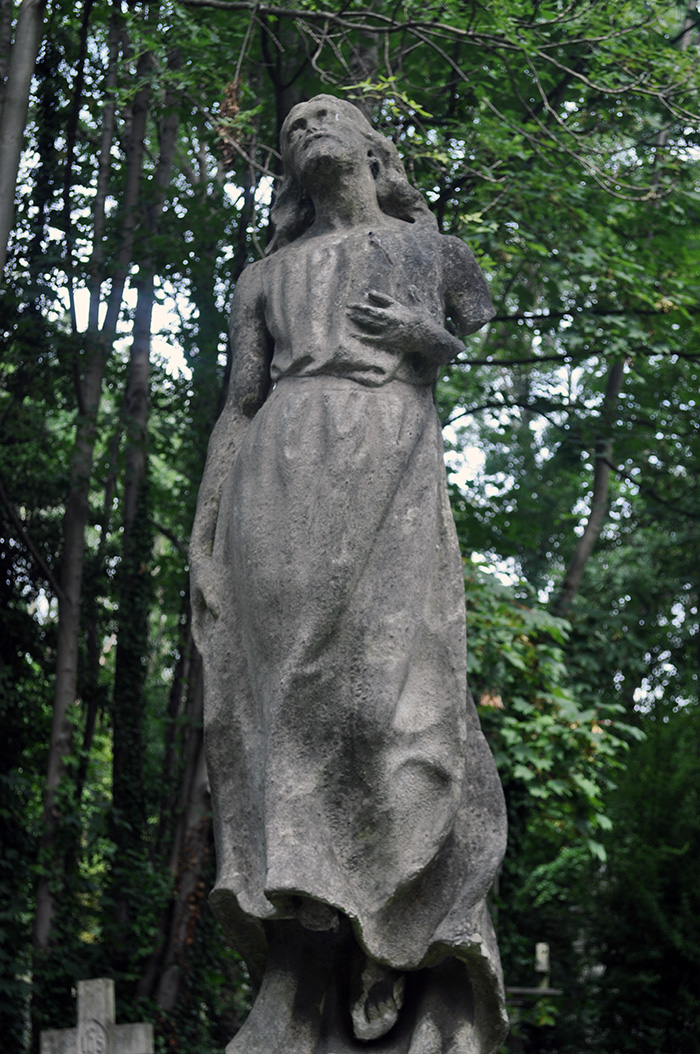 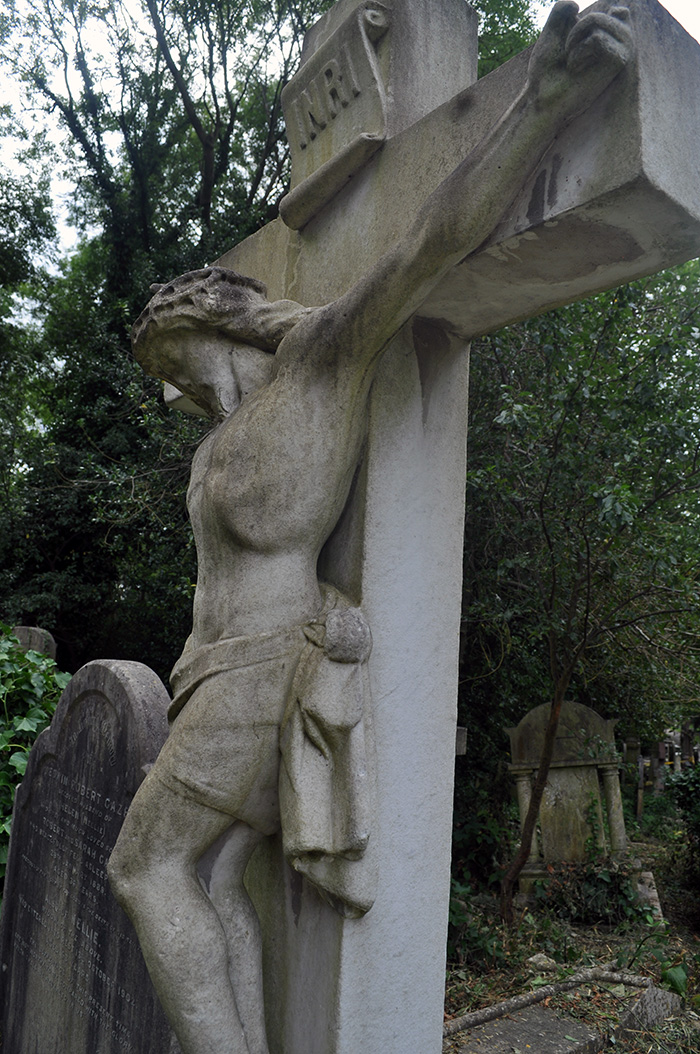 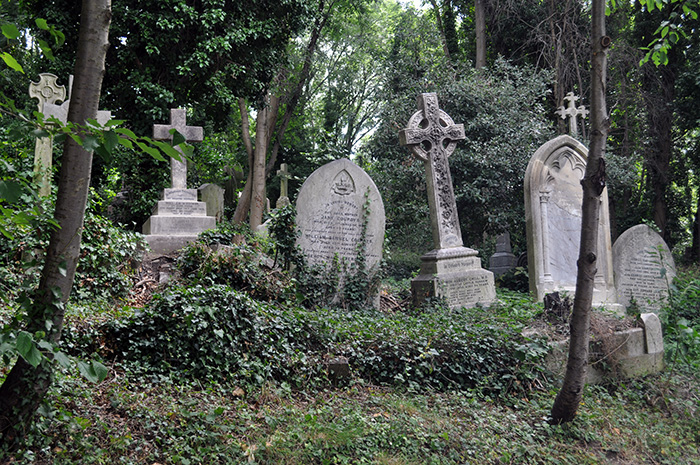 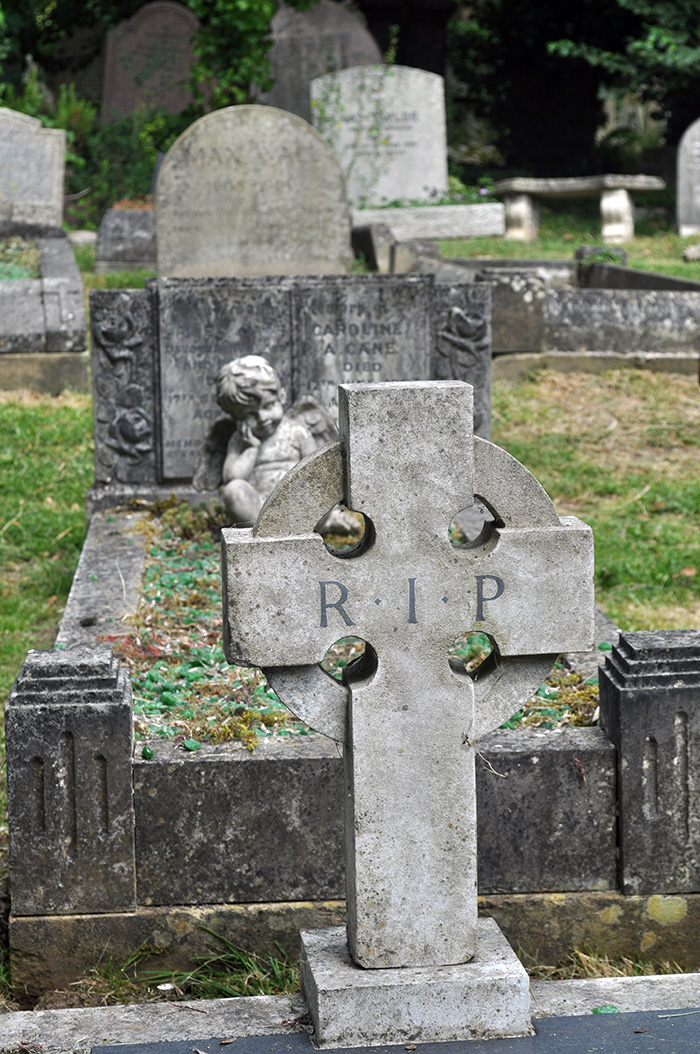 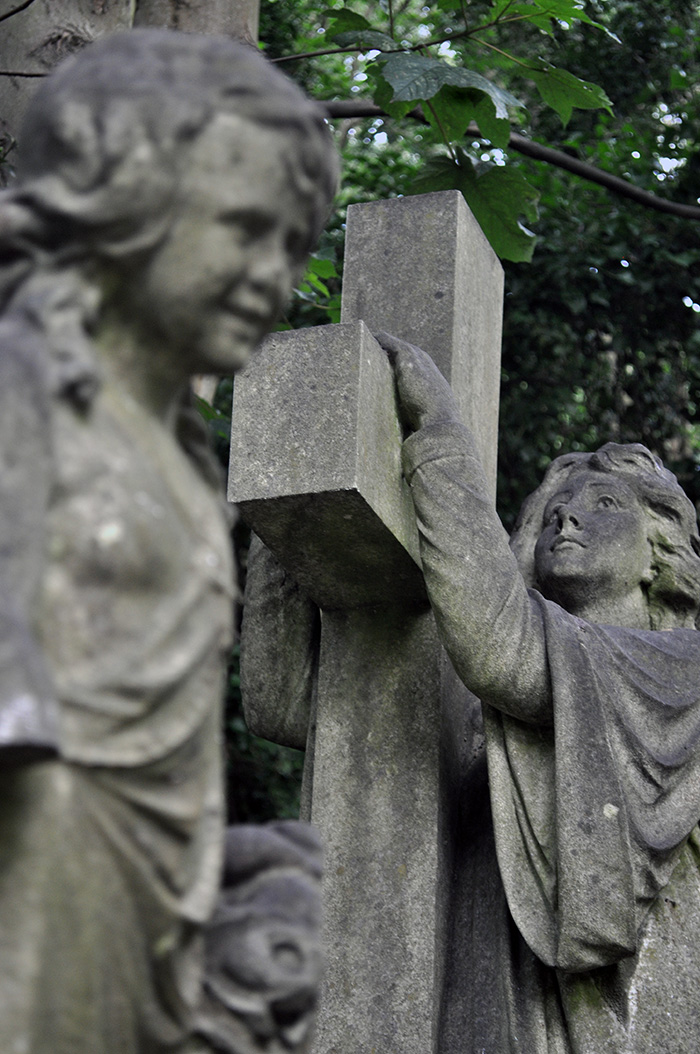 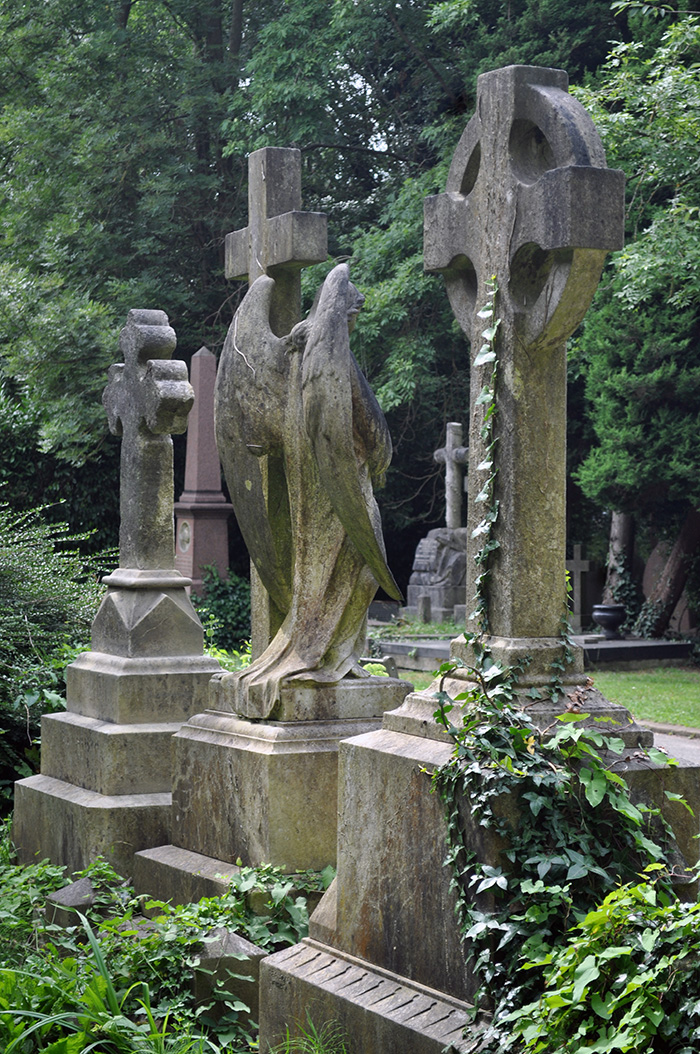 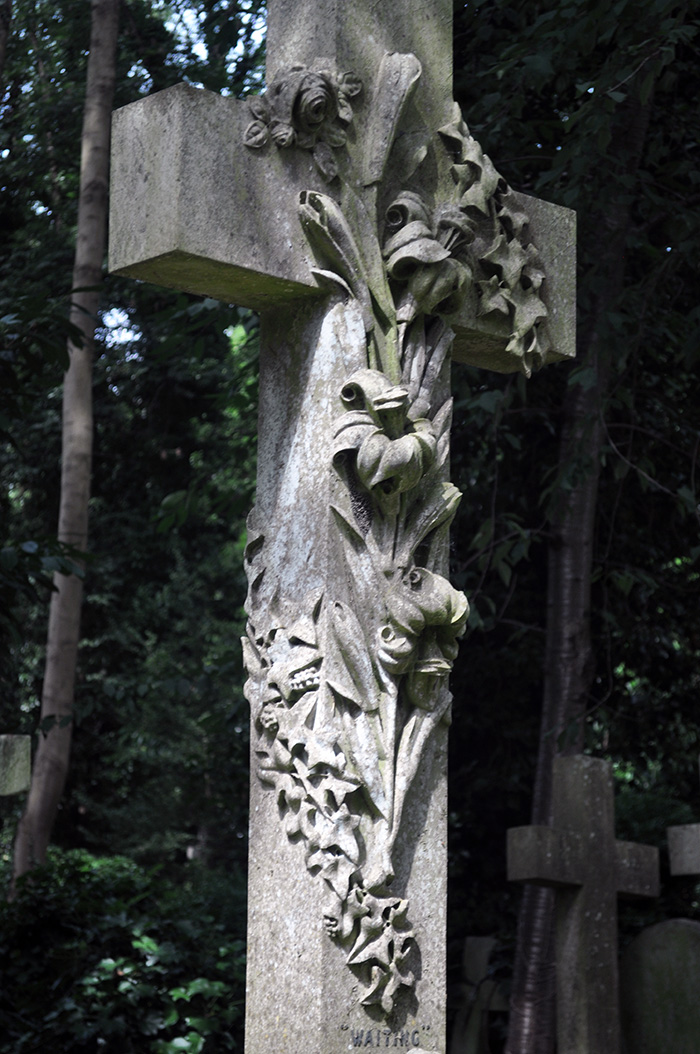 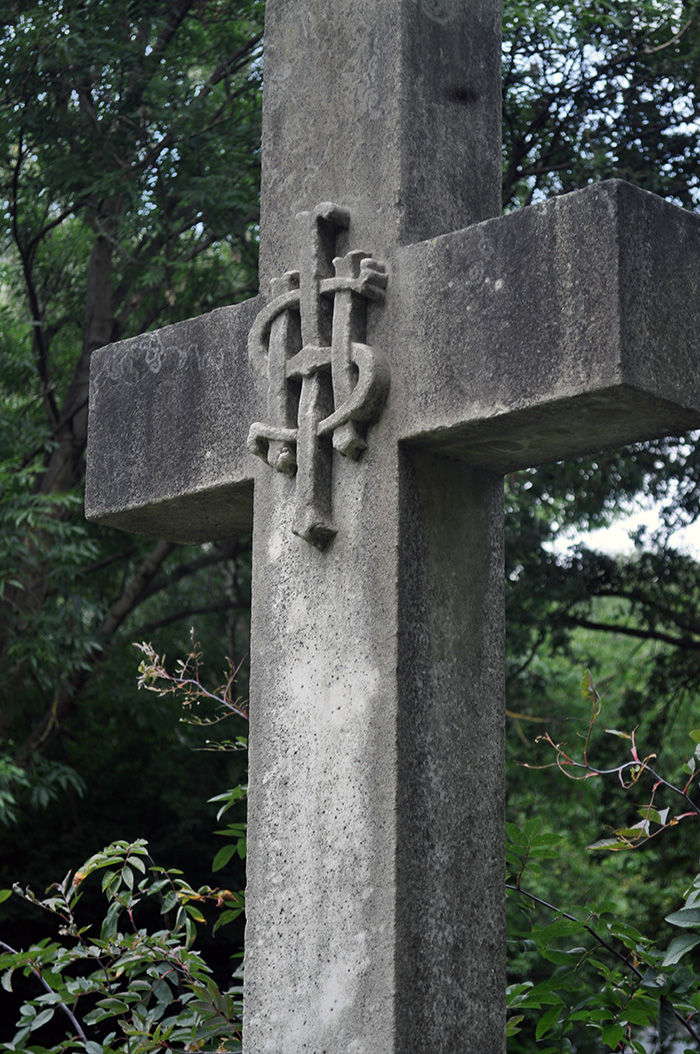 See how beautiful graveyards can be? It’s actually a very pleasant stroll if you can get past the morbid angle. It’s a bit rocky and uneven and sprawls on over a lot of ground, but I like it. But then again, I often find myself perusing British tombstones, even the not-so-famous cemeteries. It does remind me, however, that I never want to be buried and be stuck in one place. Cremation all the way. But do feel free to erect a bearded lady in my honour.