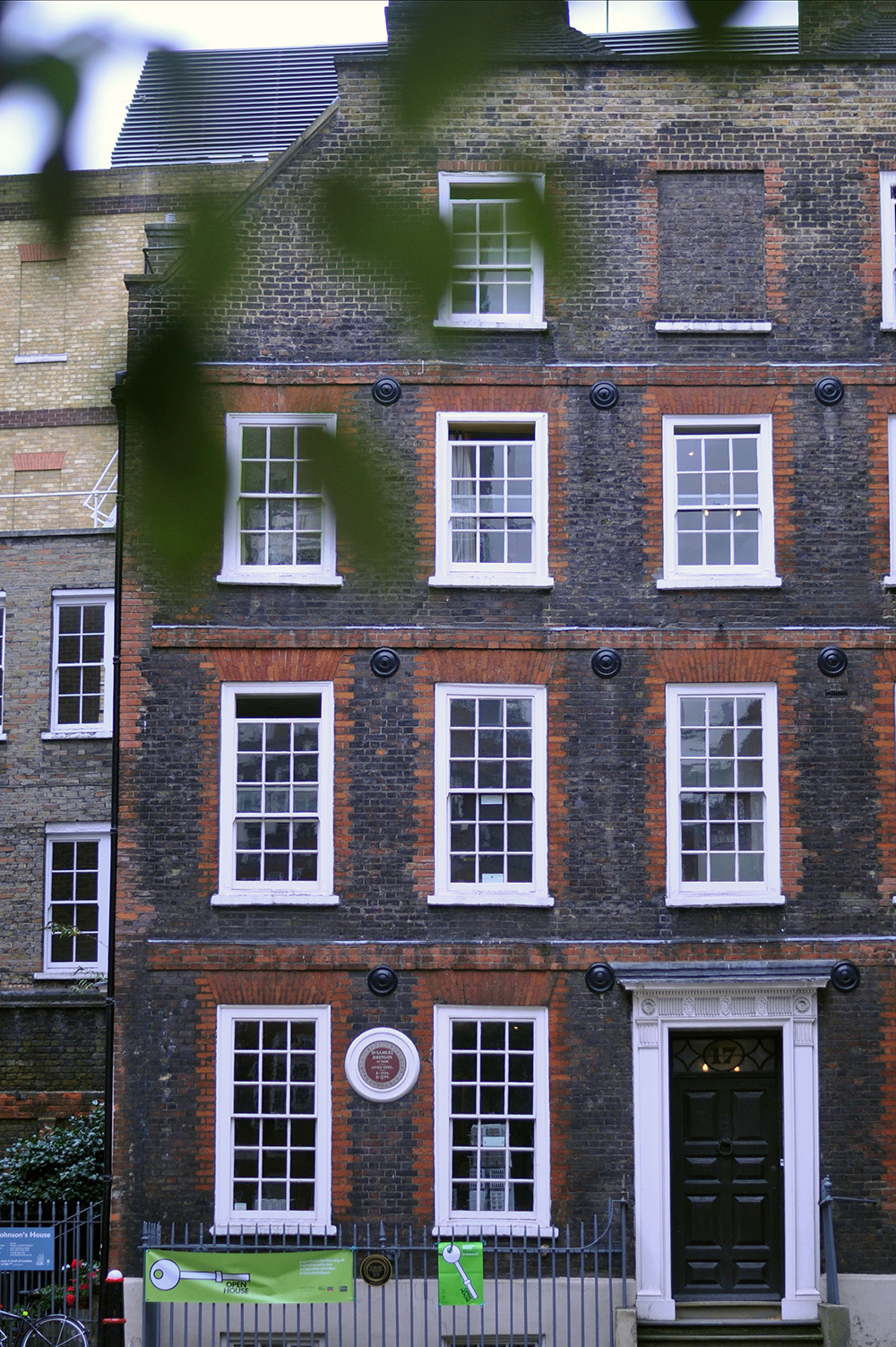 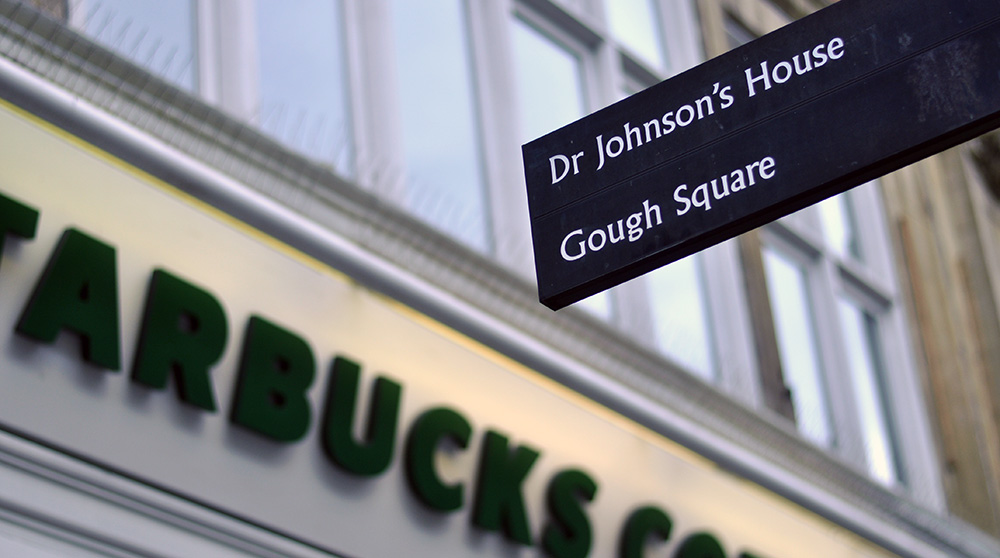 Every year in September London has an Open House, where numerous buildings of historical or architectural interest open themselves up to the public free of charge for a weekend. Last year I took the opportunity to visit Dr Samuel Johnson’s house – the bloke that’s famous for inventing the dictionary. He also wrote the quotable quote “when a man is tired of London he is tired of life” which has given local souvenir stores something to write on coasters, shot glasses, tea towels and other cheap tat for centuries now.

To find Dr Johnson’s House you must first creep down a narrow alleyway in between a McDonalds and a Starbucks, before coming out on a courtyard decorated with a bronze statue of Hodge, Dr Johnson’s cat. I like him already; cat people are my people. The plaque confirms him to be “a very fine cat indeed”, in case there was any doubt and he sits atop a dictionary, scoffing oysters. 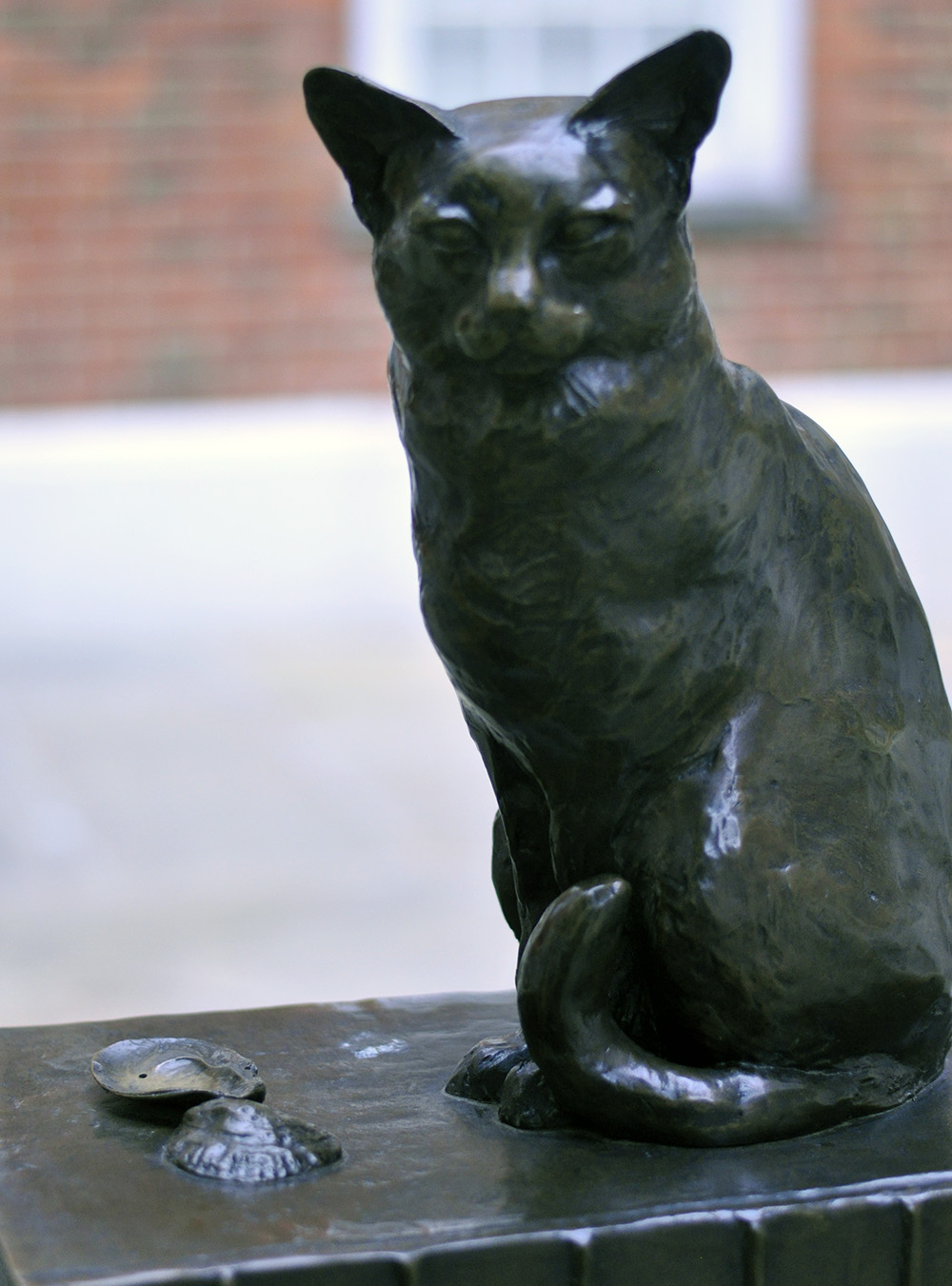 This is a dirty old sink that has absolutely nothing to do with anything, but it gets its own explanation nonetheless

Now, those of you who, like me, have visited many fine, old historical houses will know that it can easily be a case of “you’ve visited one, you’ve seen them all”. Narrow stairways. Rickety everything. A battle against the perpendicular. Little historical stories and tit bits tucked away in cabinets and bits of old writing left lying about in pertinent places. The thrill is to seek out the story in each house that gets you a little agitated or excited.

The dictionary features heavily in this house, of course, as do portraits and mentions of Dr Johnson’s faithful manservant, Francis Barber. I could spend the rest of this blog telling you about Francis, a former slave from Jamaica, or telling you about how Johnson planned and singlehandedly wrote the dictionary over 8 years. I could tell you that it wasn’t actually the first dictionary, just the first dictionary that wasn’t shite and I could entertain you all with some of his more fanciful definitions. A ‘bedpresser’ for instance, is a noun, singular, meaning “a heavy and lazy person”. Go ahead and guffaw, I’ll wait.

Knowing as I do that most of my readers are probably writers themselves, I could mention how he once said “no man but a blockhead ever wrote, except for money.” Some 18th century snark for you to fire back to the next despicable PR assistant who emails you suggesting you work for free. I may even set this up as an email template.

No, while all of the above are fine stories and well worth researching should you find yourself at the good doctor’s house in Holborn, or even with a couple of free hours and a platter of deep fried internet at your disposal, the tale that spun my wheels and even raised a little chagrin is based on a painting that hangs in one of the creaky alcoves.

This painting, in fact. It was painted well after Dr Johnson’s death and it tells the story of Johnson doing penance in the market place of Uttoxeter, Staffordshire. The tale was revealed to us by one of Open House London’s cheerful volunteers.

When Samuel was a youngster living in Staffordshire his father owned a bookstall and expected our hero to help out by selling books at the market. One day Samuel refused, having better things to do with his teenage years (possibly some bedpressing, who knows). Anyway, Samuel pissed away the day and didn’t sell any books and felt really very guilty about this by the time he was about 60. So he made his way back to Staffordshire and the Uttoxeter Market and stood there for one whole day in the rain, to pay his penance for being a little shit. He didn’t even wear a hat, just stood there with wet hair, looking dreary and cold.

The people standing around me heard this story and seemed to go “what a nice guy”. Or “what a meaningful thing to do”. Or “this decent man has repaid his debt to society and we shall hold this act up as a shining example for civilisation”. These people are fools. I was right behind Johnson with his feline fancying, snarky quipping, word loving ways right until this point. This is the point where I where I stand apart from the prevalent mood on the subject and say “Sammy, boy, it’s a shame you didn’t have someone in your life at this moment to take you quietly aside and tell you to have a fucking word with yourself.”

Just look at that picture of the painting. He’s in the wet market, standing with his head bowed while those around him stare. Of course they’re staring. He’s in the bloody way. Ever been to a market? There’s hustle, bustle and every kind of busy body madness inbetween. One dopey geriatric sap standing on the steps all the live long day is bound to grind the gears of more than one hardworking individual on the daily onion run.

Not only that, he’s not actually achieving anything. He’s just standing near the bookseller and the bookseller’s son. He’s the 18th century version of one of those people you see on Facebook liking the “like this photo to stand against child abuse” posts. Sharing the “click here if you agree that punching puppies is bloody terrible and probably ought to be avoided”. Meanwhile puppies go on being pummeled but this idiot is convinced he has helped.

Fuck it. If he actually wanted to repay his debt he should have helped to sell some books. Told that man to take the day off and spend it with his son while our repentant doctor kept the family business going without asking for a day’s wages. Did the best day’s work of his life selling all those bothersome books about weasel breeding that are difficult to move. Hell, he could have even hawked a few dictionaries. I’d have been ok with that.

But no. Instead this famous literary figure just stood awkwardly near a bunch of people he didn’t know while they tried to make an honest living. Not wearing a hat like that makes him fucking Jesus or something.

It’s like if Zuckerberg had had a teenage job in Domino’s and felt bad about never smearing the base with enough tomato sauce and decided to make good. Then instead of making the best damn pizzas imaginable for the homeless and the hungry he decided to just nip into that old Domino’s branch and stand there breathing over the shoulders of the poor bastards working there now. The full time student / part time Domino’s worker on the counter trying to make conversation and maybe get some advice for his post degree / post pizza career and being met with rueful stares and the fucking sniffles.

Samuel needs to get back to London and start letting his cat make all the important decisions. And put that hat back on. Hat wearing was the height of medical science in his day and age. It was possibly the only thing keeping him alive. 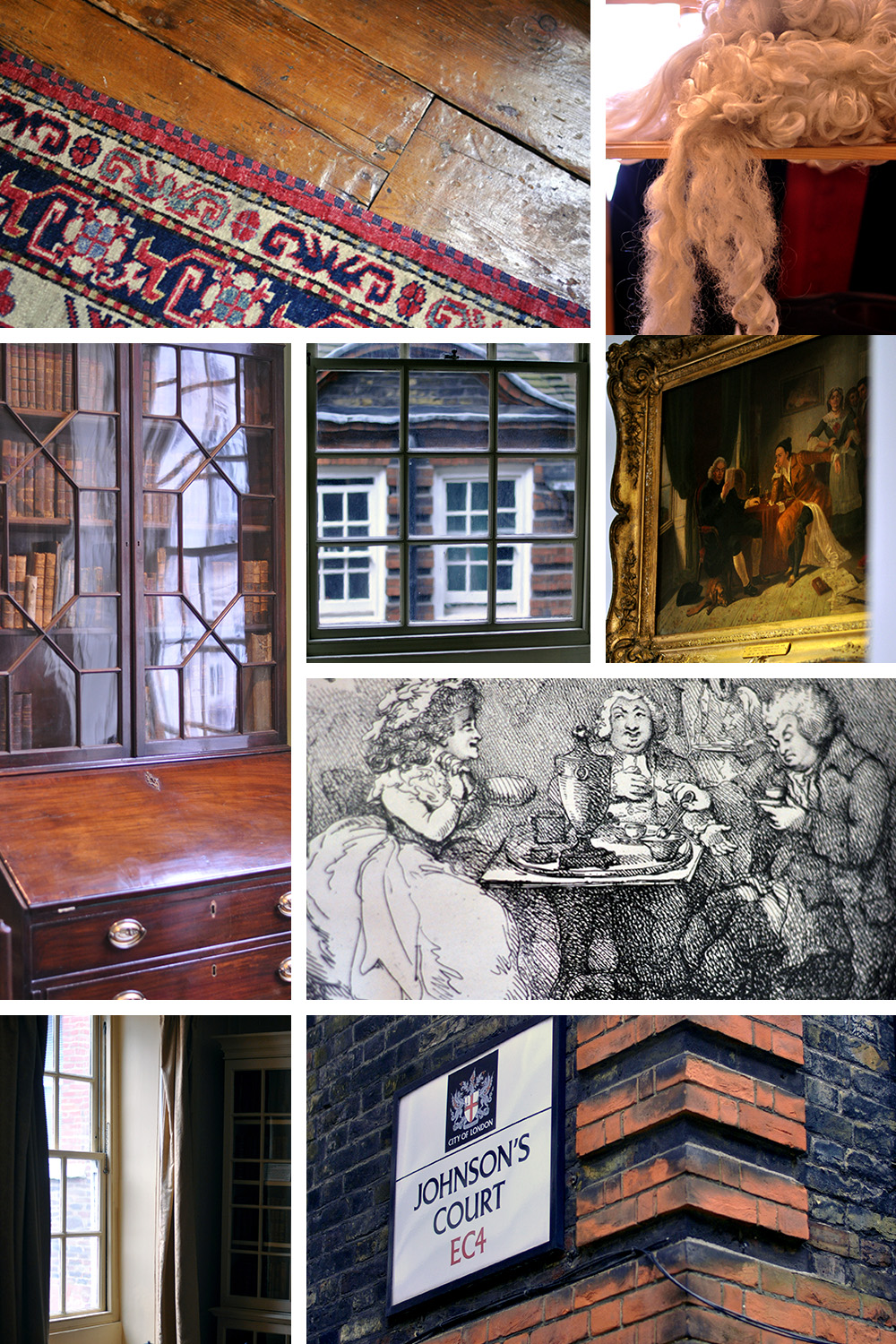 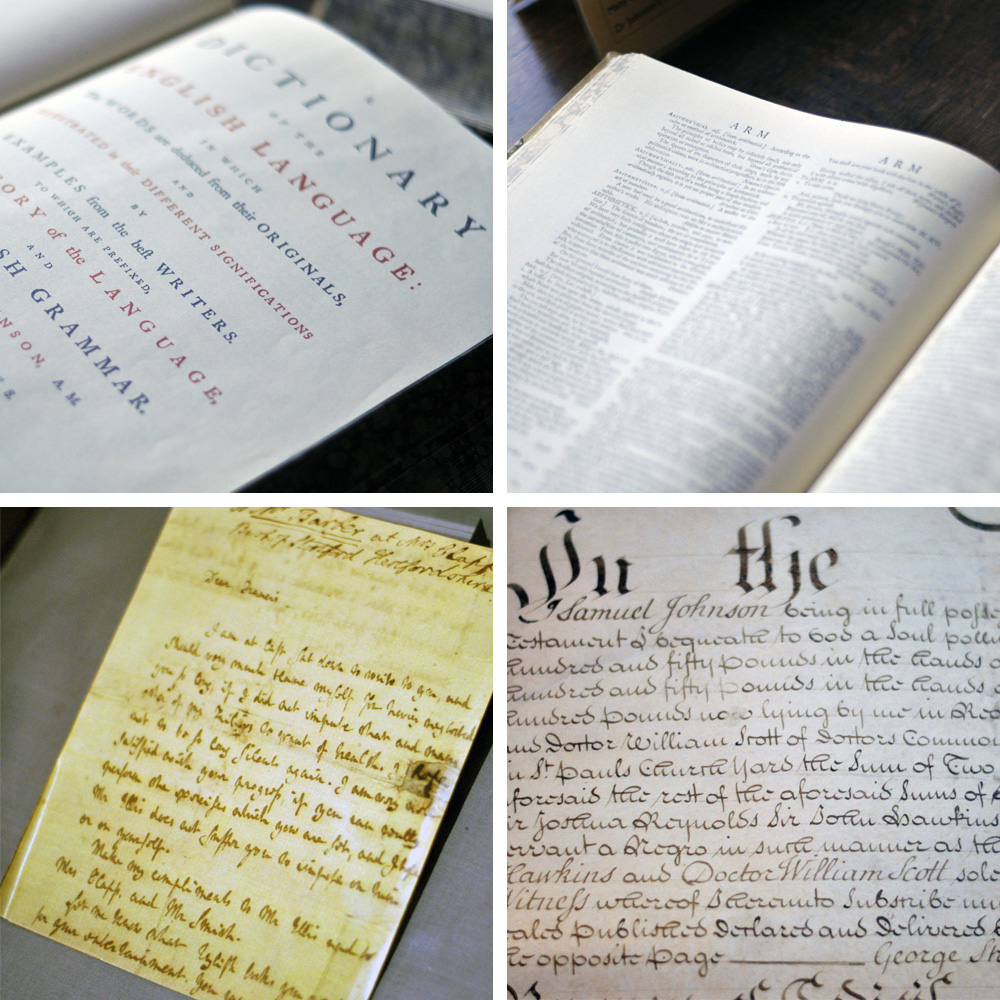 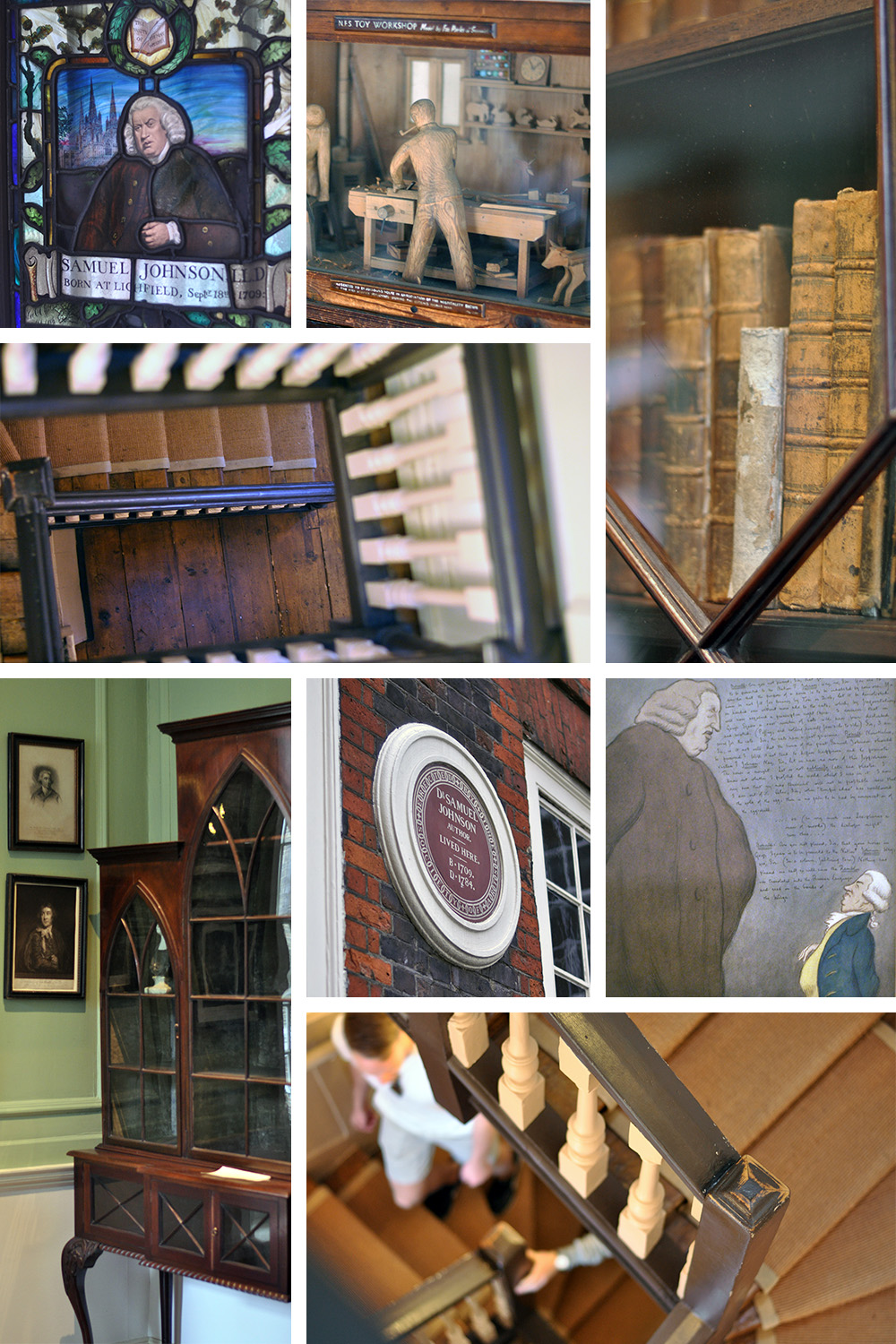