Rants and Whimsy, Travelling and Poking About

This month’s travel link up topic is:

“If travel was a menu, what would be your starter (short haul), main (long haul) and/or dessert (a place with a lasting impression). These could be past, present or future travels. Have fun with the topic…”

Have fun, you say? Well, ok then. I’m gonna do a travel scam menu. Where have I encountered most of my travel scam adventures? Paris. Partly because I’ve been there a few times, thus upping my opportunities for being scammed, partly because I went there when I was young and so green that I practically had bolts on my neck and partly because it’s Paris and it’s full of Scammy Scammersons out for that sweet tourist Euro. 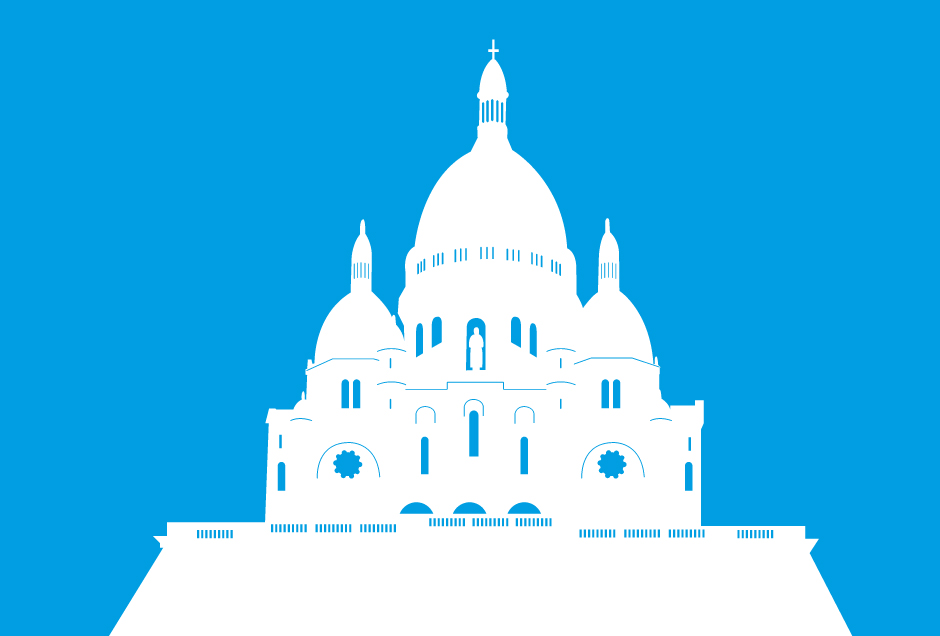 Never trust anyone trying to flirt with you in the city of love. Especially if they’re also trying to sell you a fake designer bag off a towel they’ve laid down in front of the Sacre Coeur. They start with the peculiar, borderline obnoxious flirting in quasi-English to get your attention (they loudly observe that you are a girl), then they move onto showing you how great their product is by failing to set fire to it.

What the fuck is this? They hold a lighter up to the handbag to prove something. That it won’t melt, or discolour or, I dunno, explode. This is truly bizarre. I didn’t know I was supposed to expect the cheap imposter bag to react a certain way with fire. Frankly, if I bought one of those things I would do what I do with everything else in my life and try to avoid naked flame. I just assume everything is flammable and I work within those parameters. This strategy had worked out well for me thus far, but at some point in my early twenties I found myself faced with a man who wanted me to ooh and aah over his lighter shenanigans.

Dude was disappointed. When I left he switched back to French and flung some less that flirtatious words at my back. But hey, you may have noticed that the Louis Vuitton section in Selfridges doesn’t come equipped with burning torches. Setting fire to a bag is not a sales technique.

Now, technically this isn’t quite a scam. If I had given him money, he would have given me a bag and that’s a pretty normal business transaction. However, there’s a reason they keep the bags on towels, ready to scoop them up at scram at the first sign of someone official looking. We’re right on the verge of the dodgy behaviour district, and this is your entrée for Scamville. 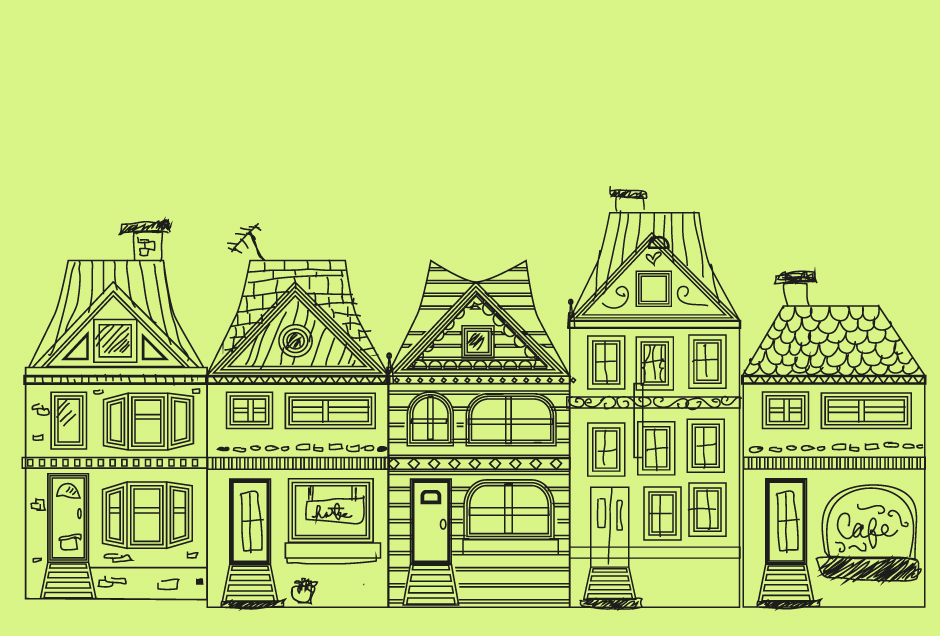 Now for something you can get your teeth into. This happened on my first visit to Paris with my husband. We still lived in New Zealand at the time, so we were way too polite and friendly with nutters on the street. Basically, you’re walking down the road, you’re conversing, you’re admiring various historical tourist attractions. A guy steps awkwardly in front of you and bends down to pick up a ring on the pavement. You do that weird hop-ity skip thing because you don’t want to lose momentum and you carry on chatting. Except the guy is now in front of you blathering to you.

Not gonna lie, this was exciting to me. Most French people in Paris refuse to speak French with me. Probably because it’s slow, annoying, irritating and confusing. They have good reason. So I was excited that this guy was trying to communicate with me in this language that I don’t speak but whose irregular verbs I’d spent five years in high school memorising.

He was telling me that he found the ring. Ok, we waved him away with a head shake, explaining that we hadn’t dropped it. Not us, thanks for trying to reunite the ring with its original owner, but that’s someone else. Nope, he’s still not leaving us alone and he’s now blocking our path. He offers to sell us the ring. He goes on and on about how it’s a very expensive ring and well worth buying. We’re like, ok, if that’s the case, you sell it. Not on the street, in a jewellers or on ebay or something. We’re just not in the market for lost property right now. Nope, still not allowed to leave. He levels with us. He needs the money to buy food apparently, now do we want to buy the ring? Nope, we’re still not down to purchase a ring.

We sidestep the guy and quicken our pace. We’re not seven steps further down the road when another guy springs out in front of us and pretends to pick up another ring from the ground. DUDE DID YOU NOT SEE THE OTHER GUY DOING THE EXACT SAME SCAM?!  PARIS IS A BIG TOWN, SPACE IT OUT A BIT. I’d like to tell you that we yelled this at them, but we actually just laughed the laugh of people who recognise an easily foiled scam and are slightly relieved they’re dealing with that and not a mental health breakdown.

This is your scammy main course and it comes with a pleasing side of “hey, these people actually think we have cash and are worth scamming”. Fools. 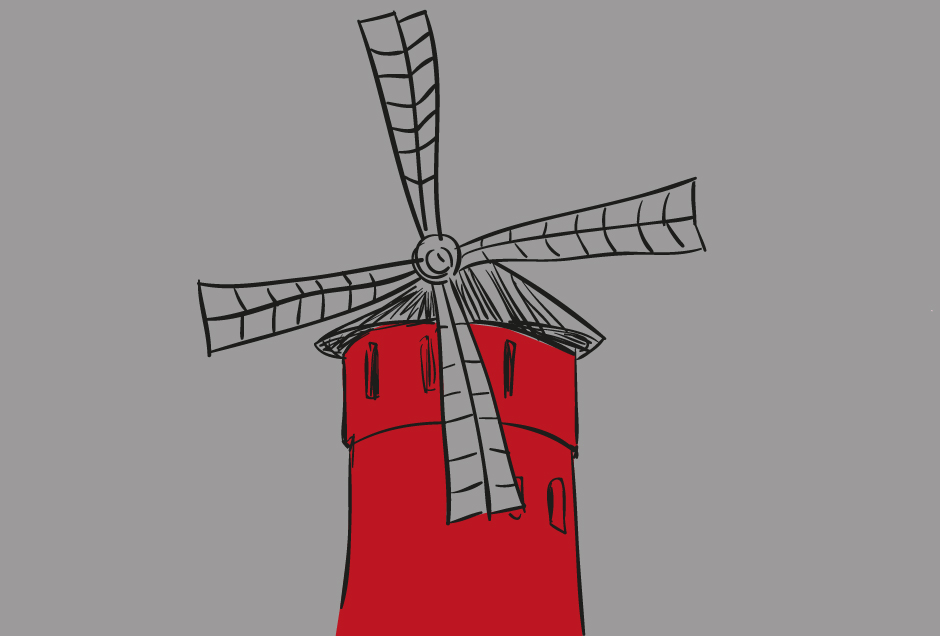 This last scam definitely left a lasting impression on me, coz they kinda got me. Not really in the way they wanted, but they messed up my night. I was in Paris with a friend, and it was her first time so we were doing all the touristy stuff. Eiffel Tower, Arc de Triomphe, Notre Dame, you know the places. I had set out a basic itinerary but we had left some stuff up in the air depending on how long the queues were and how tired we were. There were a few things on our “like to do” list, but we were happy to wing it. The Moulin Rouge was one of these things.

One evening we decided to amble on down that way and see how much it was and if we could get in that night. From our online research this seemed doable. We found the Moulin Rouge and joined the queue. We were there in plenty of time.

A man appeared, walking down the line and telling us that the tickets were all sold out. Oh. Some folks left the queue. He talked closely with some of the more ‘obvious’ tourists (not us, darling, though if you’re queuing for the Moulin fucking Rouge chances are you’re not local) and gave them directions to god knows where. My friend and I looked at each other. He approached us. Same story. It just didn’t sit right. We thanked him and just stood there, hoping he’d walk away and we could continue queuing. Look, we were both from New Zealand, colonised by Britain, a little extra queuing wasn’t going to faze us. We might even secretly enjoy the regulated order of it all, after the chaos of Paris. Basically, we wanted to be told this ‘sold out’ story by the man in the ticket booth, not this over inflated bouncer…

The guy wouldn’t leave. He was perturbed by our persistence at queuing. We thanked the man and waited. He still did not leave. He kept talking and we soon learned what he had been telling the others; there is a club around the corner with a very similar show for a reasonable price and they still have tickets available. Ahhhh. Kaaaaaay. Awkward silence. He doesn’t fucking move, eyeballing us irritatedly.

Do you know the pressure of being two young women alone in a foreign country being bossed about by a massive dude who’s claiming to be an authority in the thing you’re queuing for? It’s unbearable. Thinking back, we should have claimed that we wanted to talk to the ticket booth guy in order to buy tickets for another night. That would have been perfectly reasonable. But we didn’t have another night free to go and our brains were locked on “honesty mode”. He again told us to leave the queue and go to the show around the corner.

I’ve never felt so uncomfortable. I wish I could tell you that I calmly articulated to this muppet that we’re here for the Moulin Rouge. The Moulin Rouge is the key element here. That’s the thing we want to go to, not the obscure shite around the corner. Even if the thing around the corner is cheaper, more entertaining and all around better quality, we want to go to the Moulin Rouge. Even if they have real life actual mermaids shooting profiteroles at the fucking audience while a unicorn serves glitter champagne, it’s not the Moulin Rouge. We’re not in it for the tits, bruh! If we wanted to see tits we would have just stayed in the hotel, we’re young women after all. We’re made of tits.

I didn’t say that. Instead I crumbled like a three day old croissant in the sun.  We left. In the opposite direction to the club around the corner, of course,  which pissed him off, but we left. Upon getting back to the hotel and checking the internet for ticket availability we’re pretty sure he was a dude from the club around the corner trying to pilfer a chunk of the Moulin Rouge audience.

We got scammed, yo. All because it’s so freaking hard to stare a hovering fuckmuffin in the eye and tell him “I don’t believe you” when he comes at you with a barrage of bullshit. Why don’t they prepare you for this is school? Hovering fuckmuffin deflection classes need to be on the curriculum, pronto.

Join the travel link up by adding your post to the widget found on Follow Your Sunshine, Adventures of a London Kiwi, SilverSpoon London, or on Binny’s Kitchen and Travel Diaries by 7th May 2017.