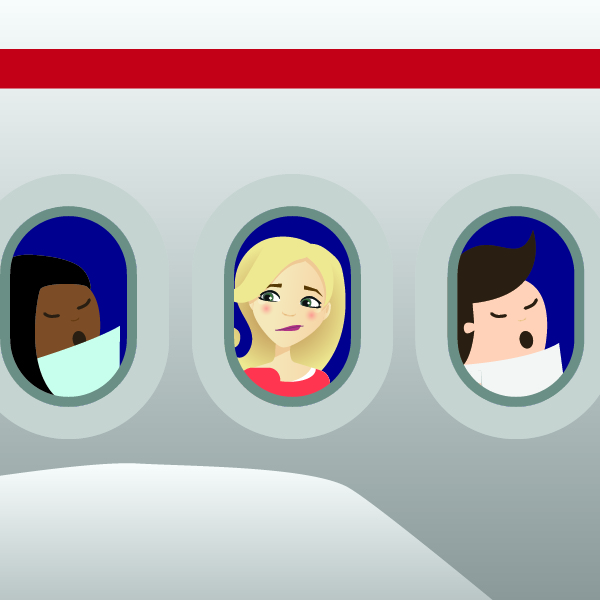 I recently went to New Zealand by way of some supersonic luxury flying contraption. You guys know the drill. Chauffered in a private car, ushered swiftly through security into first class, being blow dried, pampered, rolled in chocolate and then finally plied with champagne from a solid gold goblet as I starfished horizontally in my private compartment – legs and arms spread akimbo – marvelling at how much space I had and regretting that I left my tiara in my ensuite as I needed it for my “soaring through the sky selfies”.

Had you double checking the URL, there, didn’t I? Nope, you’re reading The Mayfairy, not first-class-air-point-gifted-press-trip Instagram-worthy luxury lifestyle goals dot com. I travelled economy, and as I made the somewhat baffling decision in my infancy to be born at the arse end of really-far-away-ville, that meant travelling in economy class for around thirty hours. Each way. Yup.

I flew a QANTAS-Emirates fusion of always finding oneself at the wrong check in counter pleading for a boarding pass. I also went through a lot of security. Go to Heathrow, go through security. Ok, I expected that. Arrive in Dubai, shuffle into the airport and immediately go through security to get into the boarding lounge. All right, seems a bit unnecessary but I’ll go with it. 14 hours later, arrive in Sydney. Go through more security before continuing the flight to Christchurch. Seriously. Did they suspect I’d spent the last 20+ hours flying learning learning how to concoct a bomb from moist towelettes, individual butter portions and complimentary socks? Then saving my new exploding friend for the relatively empty last leg of the journey across the Tasman Sea? Is that what’s written in the secret microchip in my passport?

I really can’t tell you what I did on those flights. MacGyvering a bomb would probably have been a more productive use of my time. I listened to podcasts, bitched about the QANTAS USB ports not working and did that weird upright sleep where you have nothing to rest your head on. You know the one. That fleeting sleep that has you convinced that you haven’t slept at all yet somehow you’ve managed to miss the breakfast service.

Breakfast was by far the most confusing meal on all of my flights – and I had a fair few to compare. The menus were all over the place, with several key ingredients randomly arranged into two options. The random arrangement changed slightly between airplanes and usually ended up with one option that was the bare minimum of passable and a second option that was all of my most hated foods mashed together in a tin foiled tray from hell. No matter what I did I always ended up with the second option.

Baked beans, mushrooms, scrambled eggs, kill me now. I don’t even like looking at those foods, let alone smelling them. Yet, no matter how often I tried to order the elusive omelette (not even in my top 200 fave breakfast foods, but at least I can make eye contact with it without retching) those damned beans and mushrooms turned up. By the end of the trip back to London I wasn’t even opening the hot portion of breakfast, just gulping down my yoghurt, fruit and orange juice in blissful ignorance of what lay beyond the foil.

Actually, there’s another thing to complain about. They give you a little sealed container of orange juice with every breakfast, along with a cup for either tea or coffee. Then they drag the drinks trolley along the aisles to ask you if you need more juice. HOW MUCH ORANGE JUICE DO YOU THINK I NEED? AM I SUPPOSED TO ORDER VODKA HERE IN CELEBRATION OF MY BODY CLOCK BEING COMPLETELY FUCKED? Please someone tell me what the hell is going on so I can stop yelling.

At least I had the other passengers to sit entirely too close to me while my knickers grew gradually more stale and sticky and we all began to suspect ourselves of being taken to funky town stench-wise. That was fun.

Let’s see, who did I meet? There was the family who inspired my husband to start humming the theme tune from “The Addams Family” every time we passed them. There was the bloke who managed to drink a can of Heineken, a bottle of red wine and couple of strong whiskeys before we were even two hours off the ground and showed worrying signs of wanting to chat. Lastly, there was the lady who found herself amazed at how small my husband’s hands are and wanted to go on and on about it. In this post-Trump-vote world, those are fighting words my friend.

There was also a small band of Irish rogues situated in the row behind us on the shortest flight; the one from Sydney to Christchurch. They were fresh as emerald daisies, having only started their journey in Sydney. We, on the other hand, were plagued with the despair that comes from knowing you’ve been sat in the same underwear for more hours than you’re willing to admit and you’re sure a bacterial revolution is taking place in your crotch.

That primordial goop must only be minutes away from gaining sentience, what with all the scientific (you-could-even-make-a-bomb-with-it) technology available to it on the plane. Why else would you need all those security scans? At some point I knew the flight attendant would wheel down the drinks trolley to ask if we needed more orange juice, only to have my labia jelly scream back to her in earnest “Yes! I need it for my bomb!” and thereby earning me a journey shackled in terrorist restraints with revolting nether regions screaming threats.

Thankfully, my worries never came to fruition. They never had a chance to. Every flight attendant was waylaid before they got to us by the attempted flirtations of the Irish dudes. Each member of cabin crew wore a name badge with little flags in the corner depicting the languages they could speak. This made it easy for passengers to request more orange juice in their mother tongue. It also made it easy for prospective Irish Lotharios to strike up a conversation.

“Oh, hey Giulia, which part of Italy are you from?”

Giulia looks a little taken aback. She just wants to get on with pouring the juice.

“Roma” she says with a smile just friendly enough to still be considered customer service whilst clearly indicating to the audience at large that she’s not interested.

“Oh, we know Rome well, my friend Dermott runs a restaurant there. It’s down behind the Colosseum, near all the stray cats, beside the place that sells the second best gelato. You must know it. Let me name 600 nearby streets until you agree that you know it”.

12 minutes later he’s still listing suburbs and cats and Giulia gets the bright idea to scull the orange juice, giving her a reason to excuse herself to get more for the passengers who are down to their last three cups. She flees. Ana from Croatia ambles along completely oblivious to the fact that she’s wandered into Seamus the Seducer’s realm of bullshit and blarney.

8 minutes later she’s claiming she really must go and help with an emergency down the back. I think I see Giulia trying to start a small fire in the galley to give Ana the out. Unfortunately Nina from Finland is caught before anyone can warn her and she gets the full 20 minute sweet talk spectacular. Thing is, Seamus has sank back quite a bit of Irish whiskey at this point and his charming attentions have evolved into uncomfortable revelations about his Finnish ex-fiancee.

He’s getting emotional and I’m getting ready to jump the seat and ram my still tinfoiled breakfast down his throat. As I make the move an arm reaches out across my husband and the little old lady next to him asks me if I’d mind opening her gin for her. No point in asking Mark to do it, his hands are probably too small to properly hold the bottle.

Get me off this plane. For the love of juice, just get me off the plane.

This post is part of the Travel Link Up. Topic: 2017 wishlists / 2016 travel memories. I obviously went with the latter, having not decided on the former. Join in by adding your post to the widget on either Angie‘s, Emma‘s or Polly’s blog by 7 January 2017.